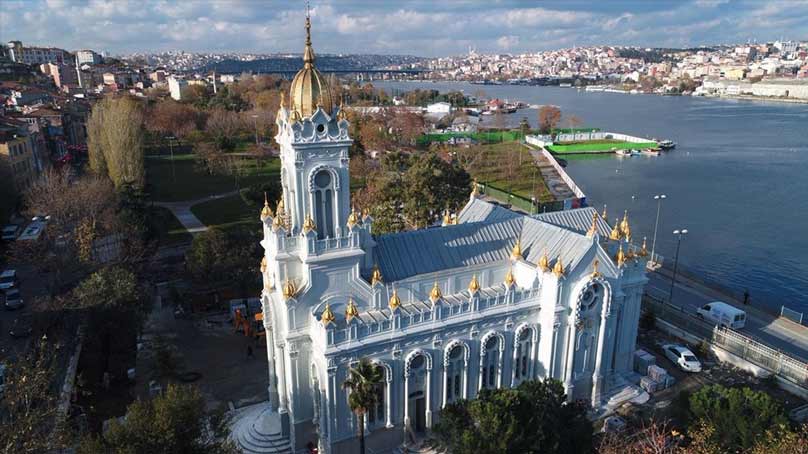 Balat is a popular destination for tourists because of its distinct heritage. People from various cultures and religions lived here for ages. Still, you may witness how Greek-Orthodox society endures their traditions even the population has decreased tremendously after the interchange when the Turkish Republic is announced.

The 6th of January is an important day for Christians. When the Greek-Orthodox celebrates Ta Fota(the lights), as they accept the Julian Calendar, Armenian Gregorians and Russians celebrate the Noel on this day as well.

All the Christian Churches were celebrating Christmas on January 6th till IV. Century. To destroy the Pagan Belief that celebrates the birth of the sun, Roman Church moved Christmas to November 25th later on. Armenian and Russian Churches are also affected by this change and now Armenians celebrate Curorhnek ‘The Lights’ beside their Christmass after the Dzinunt mass on January 6th.

The Epiphany of the Lord is the feast that commemorates the manifestation of Jesus Christ as Messiah, the Son of God and Savior of the world. It is the acceptance of the Good News of Salvation in the mystery of the Incarnation. This first manifestation is given to the wise men who, guided by a star, reach Bethlehem and, upon seeing the Child with Mary, his Mother, kneel before Him and adore Him. 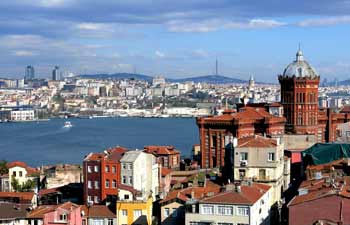 It has been ages that Istanbul is the center of civilizations and it faces a tradition this year like every other year in the past. Different coastal districts like Yesilkoy, Heybeliada, Cengelkoy, Balat, and Ortakoy are the places where mostly Istanbul Christians used to live and this ceremony is held to sacrifice the water. This ceremony symbolizes the cleansing of Chris in the waters of the Jordan River.

What is the ritual of The Lights

When Christ turned out 30 and was baptized by John the Baptist at the Jordan River, the Holy Trinity was declared clearly first time as Father, Son, and the Holy Spirit. Son was in the river himself, the voice of the Father was heard and the Holy Spirit was landing on the Son is the image of a white dove.

This is the reason that this festival is celebrated in Ancient Greek in the name of Theophania which means the appearance of God. The term Fota is to symbolizes the lightning of the soul. Christianity believes that all humans have an immense sin from the moment Adam ate the apple and disobeyed God’s order.

Baptism is an example to become clean from this sin. The cross which is thrown into the water is Christ and then the cross is taken out of the water and arisen to the sky. The priest throws a crucifix into the sea. At that time, the bravest, throw themselves into the icy waters of the sea to find the crucifix, whoever manages to find it in the icy waters and deliver the crucifix to the priest will have a very good year. The one who does this is considered to be cleansed from all the sins during next year. 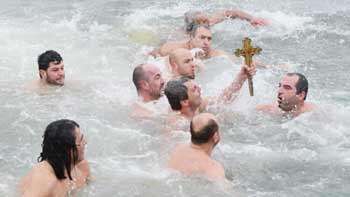 Is a very interesting ceremony held in Balat, and if you are in town during this period is possible to see it in Balat, watching the ceremony is one way to learn the Orthodox culture in Turkey.