This is somehow a hard question to answer regarding the gay friendly Istanbul, but we can clearly state that Istanbul is one of the most gay-friendly cities in its league. Before trying to establish a fact, we should stand on the characteristics and the culture of the Turkish society.

Turkey hosts 80 million people and the majority of the beliefs in Islam. Ninety-nine percent of Turkish people call themselves Muslim, even that they are not radicals, or they do not practice regularly.

Moreover, Turkey is becoming more conservative in the current regime and there is an inverse proportion between the modernization of Turkey and the time from the 80s when the Coup d’état hit the country. However, we still can’t say that the public has a negative opinion regarding gays, as most of the people are negligent.

Like Turkey, Istanbul has contrasts inside and also the attitude towards gays could also get affected by this heterogeneity. Moreover, the percentage of the lesbians is  also considerably high in Istanbul. The transgender people can feel comfortable while they are discovering the beauties of the Istanbul.

The people in tourist spots will have no problem with the behaviors or dresses of others in general, but it is always better not to be provocative, as there also are some neighborhoods in town where Islam is visible on the streets and you are not able to witness a woman without a scarf. 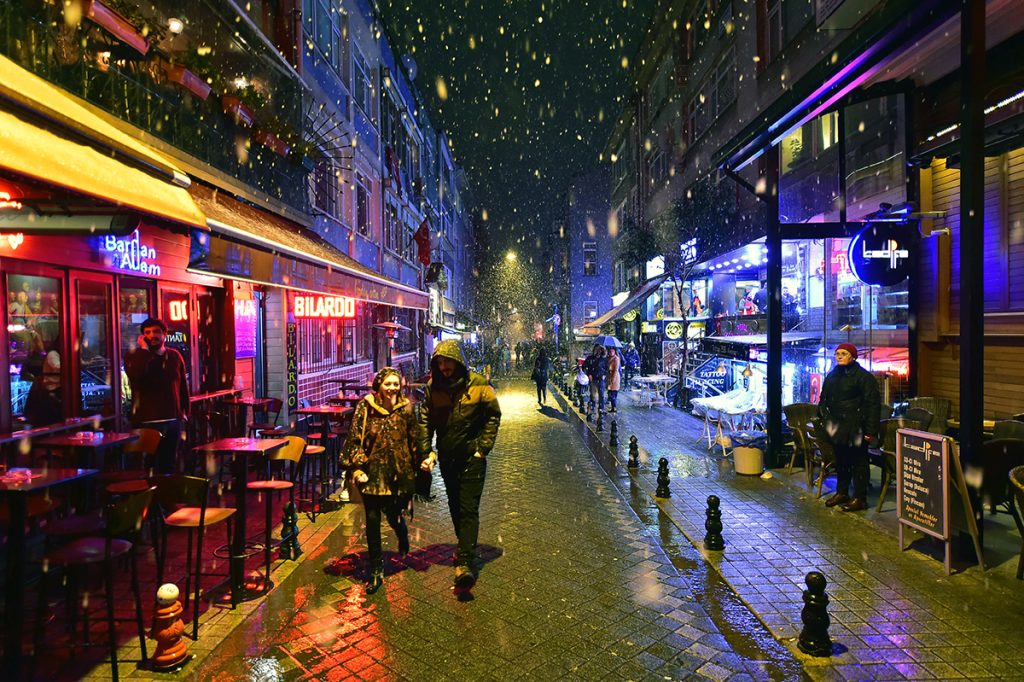 On another hand, you may witness gay couples kissing each other on the street in Kadikoy or Besiktas. So, getting used to the culture is challenging, but having a general understanding is always better.

If you do a little research before coming to Istanbul, you will clearly see that there are so many gays, they are free to declare their sexual identities unlike some other Muslim countries, and they take part in organizations to raise public awareness.

In modern neighborhoods like Kadikoy, Karakoy, Besiktas or Taksim there are a lot of gay clubs that you can hang out. They are mostly open after midnight and are quite busy on weekends. Not only the gay bars and clubs, but gays are always a part of the nightlife as they do not have the need to hide.

The hotels in touristy districts are known to be gay-friendly and there is no problem for a gay couple to ask a double-bedded room, it will be better to let them know about your preference before arrival as most of the rooms has twin beds in the hotels in Istanbul.

A quick lookup will help you to locate your hotel, as there are many recommended ones, especially in the old city.

A visit to Istanbul will be fun for sure, and there is nothing to worry about the approach of the people in Turkey. However, if you would like to make the most of gay Istanbul, we recommend you to get a professional tour guide or a local to show you around. In this way, you will be able to discover the hidden gems too.

Where are the Backstreets of Istanbul