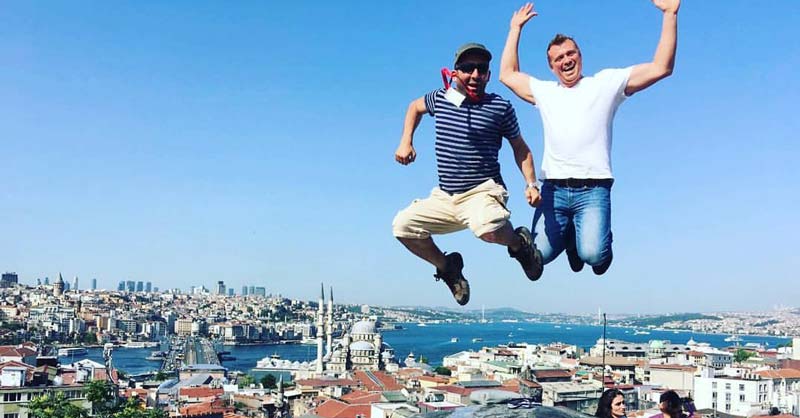 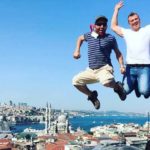 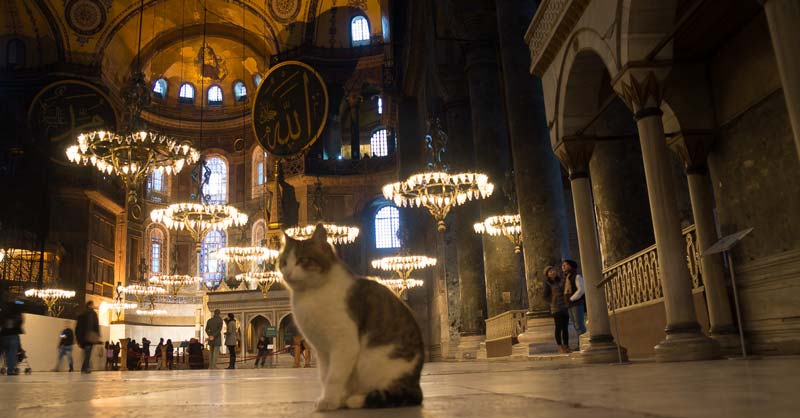 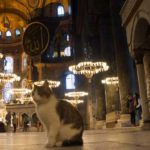 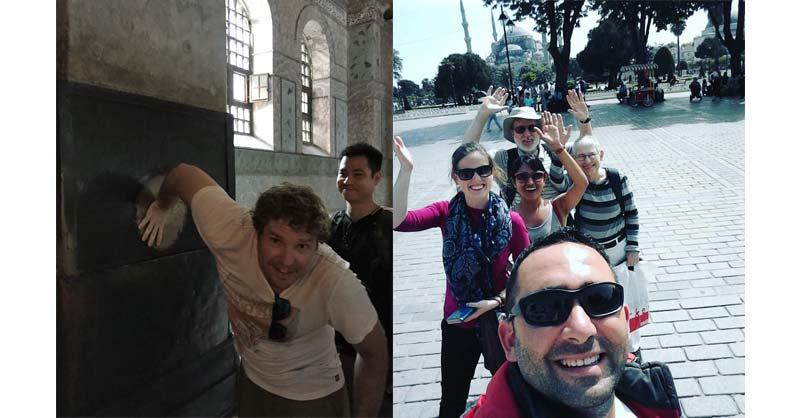 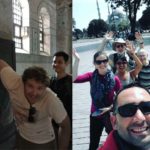 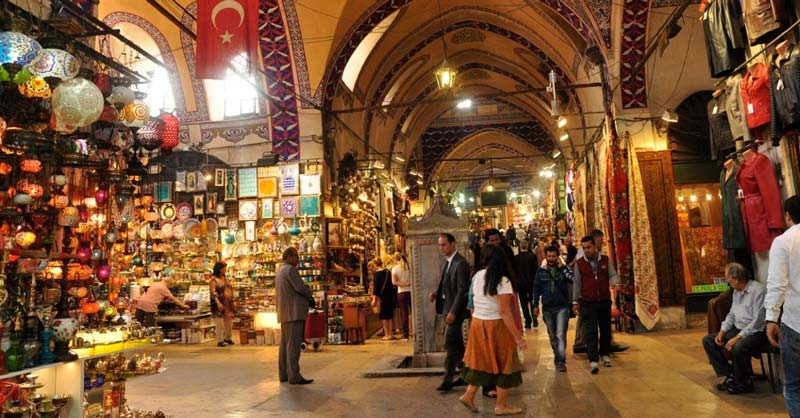 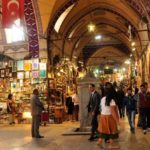 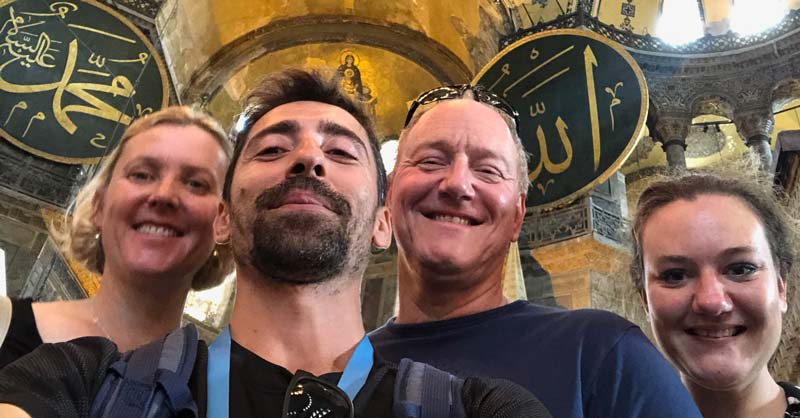 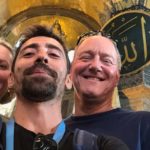 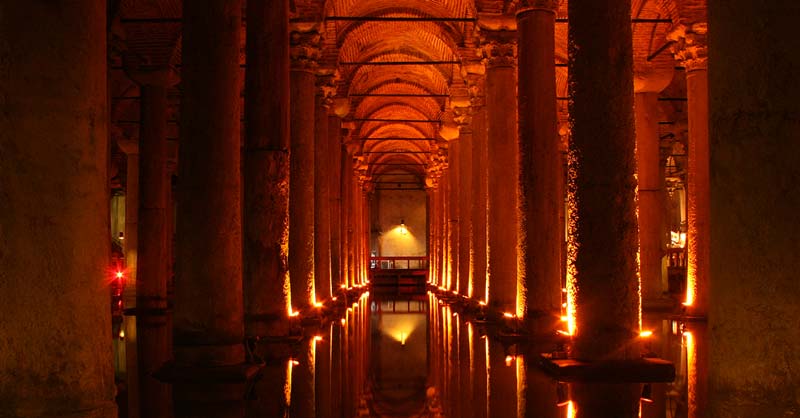 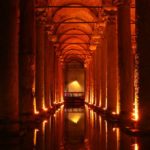 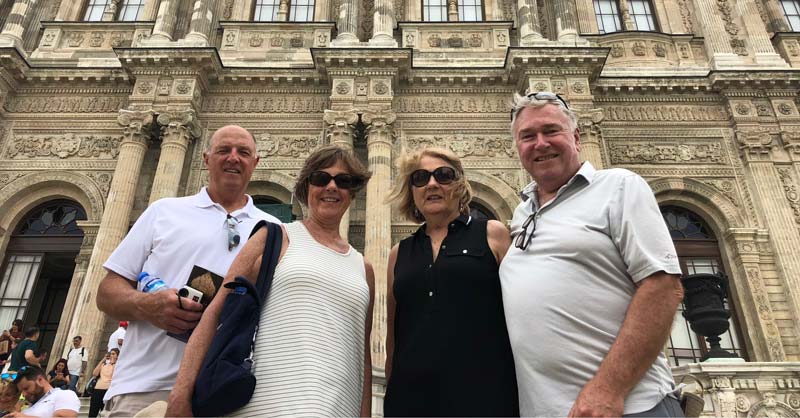 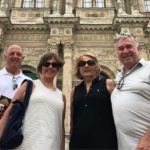 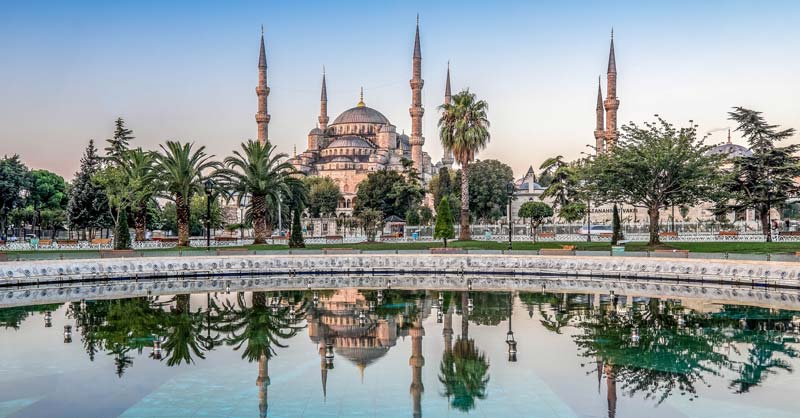 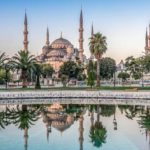 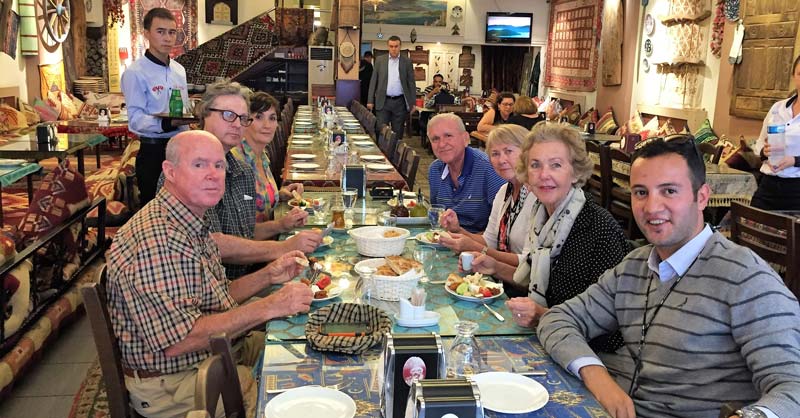 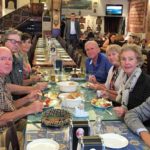 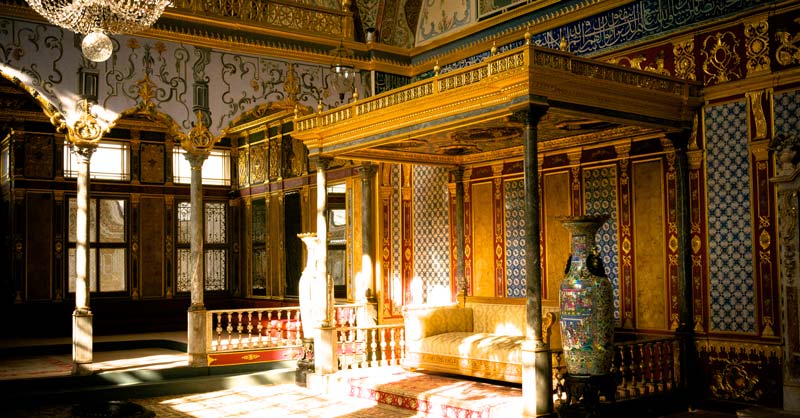 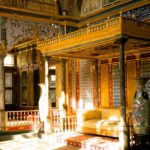 Meet your tour guide in your hotel or port and start Istanbul tour with the highlights of the city;

Hagia Sophia; here the ancient cultures of East and West speak to you with a yet clear voice. A great blend of Christian and Islamic influence with the beautiful interior of mosaics, impressive and significant history. Built in the 6th century by Emperor Justinian, played a very important role in the Christian and Islamic World. After the Ottoman Empire’s conquest the bells, altar, iconoclastic, and sacrificial vessels were removed, and many of the mosaics were eventually plastered over to convert the church into a mosque, then a museum in 1934. In July 2020 it is converted into a mosque again and one of the best sites in every daily Istanbul tours.

Hippodrome; where the chariot races were held in the Roman Empire (known as Byzantine Empire) times now we see German Fountain here and its one of the key points to see in Istanbul tour.

Blue Mosque; Built in the early 1600s for Sultan Ahmet I, Blue Mosque is truly a magnificent masterpiece of architecture with amazingly delicate proportions for a building of such massive scale. The blue shade of the 27.000 pieces of Iznik quart tiles gives the mosque its a popular name and 6 towering minarets give its uniquely recognizable structure.

Please note that Cistern is under restoration until the end of 2022. The new way of discovering Byzantine architecture is an alternative to Theodosius Cistern, please advise in advance if you are interested in classical architecture so we can include it in the itinerary to visit in your free time.

Grand Bazaar; One of the largest and oldest covered markets in the world with over 4,000 shops. It was constructed in the 15th century and became the commercial hub of the trade between Asia & Europe. The emotion of curiosity will be most charming effect taking you to get lost in the streets of the bazaar in your Istanbul tour.

Topkapi Palace and Hagia Irene Church; More than just an Imperial Residence of Ottoman Sultans, it was the seat of the Supreme Executive and Judiciary Council for almost 400 years long. Topkapi Palace is a great monument of Oriental architecture which houses exhibits of art, books, jewels, plates, costumes, the Treasury of the Ottoman Empire, and the Holy Relics of prophet Muhammed.

Please Note:
Topkapi Palace and Hagia Irene Church are closed on Tuesdays.
Hagia Sophia entrance will be restricted during praying time.
Grand Bazaar is closed on Sundays.
Blue Mosque is closed until 2 pm on Fridays.
Children aged 7 and under are free of charge. Please make sure that you have passport copies of children as you have to verify their ages at museums for free tickets.

*FOR LAST MINUTE BOOKINGS AND LATE DEPARTURES, as museums and some sites will be closed around 17:30 pm, alternative tour sites will be advised by the tour guide during the tour.

*Tour guide meets you at central Istanbul hotels or Galata Port. If the hotel is not centrally located, the meeting point will be in front of the German Fountain, guide will meet you with company logo.

If van service is not chosen your guide will pick you up at centrally located hotels on foot.

If private van service is booked, please note that there will be a surcharge if your hotel is located outside of the city center or on the Asian Side.

Annual Closing Dates of all museums and bazaars in Istanbul are as follows; 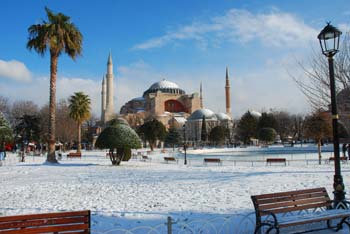 Q: How to meet my tour guide?
A: Your tour guide will be waiting in your hotel lobby to meet you at a determined time.

Q: How to buy museum tickets?
A: No need to buy tickets in advance, during the tour your tour guide will help you to purchase them. Official tour guides have priority at museum ticket offices.

Q: Am I traveling with a group on the tour?
A: No, we provide Private Guided Istanbul Tours for your best experience so you will have a private professional tour guide in your preferred language.

Q: How about transportation?
A: When you book your tour with a van, you will be picked up from the hotel, be transferred to the sights, and then back to the hotel. Otherwise, once you meet your tour guide at your hotel, you will be advised of the best option for transportation such as a taxi or tram.

Q: How about shopping in Istanbul?
A: We do not include any shopping stops unless you wish to visit one of the traditional workshops of handmade rugs, tiles, jewelry. If you have any interest in workshops, please indicate while booking.

Q: How do I book this Private Guided Istanbul Tour?
A: Easy! All you need to do is;
Fill in the 'Booking' form where you will put your full details such as personal information, date, hotel or cruise name, arrival and departure times. Once you complete your booking, there will be a payment button to complete your payment, when you complete payment we will get back to you with a confirmation email within 24 hours.

Q: How do I pay?
A: After filling the Book Now form, there will be a payment button to complete your deposit payment, when you complete payment secure the booking we will confirm your tour and if you choose the private van option you can pay it in cash directly to the tour guide during the tour. You can choose to pay in Usd, Euro or Turkish Lira.

Q: Does the status of Hagia Sophia affect our tour?
A: After conversion to mosque entrance will be restricted during praying times however your tour guide will revise the route of your tour accordingly and entrance is free of charge.