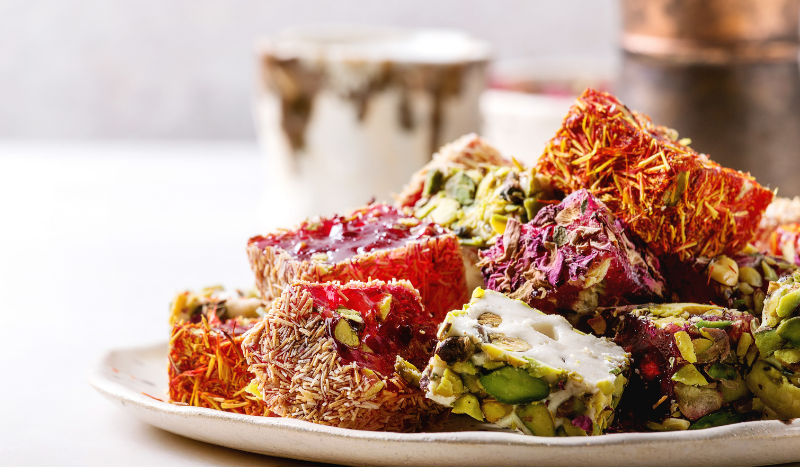 “It is dull, Son of Adam, to drink without eating,” said the Queen presently. “What would you like best to eat?” 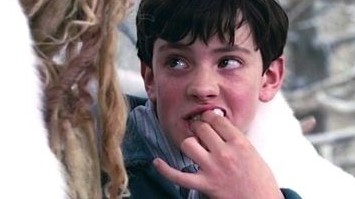 In “The Chronicles of Narnia” one of the characters is offered a Turkish delight.

Those who know the film and book “The Chronicles of Narnia” may recognize this dessert from the scene where one Edmundo one of the characters of the series is offered a Turkish delight, this dessert is a simply delicious sweet, a Turkish spice as its name suggests, it is made quickly and easily just with hot water, sugar and rose tea. Turkish Delight is one of the most common traditional deserts of Turkish people all around the world as it’s easy to find and consume without any process of cooking or heating.

Your Visite to Turkey without tasting Turkish Delight would be an incomplete journey to Turkey! 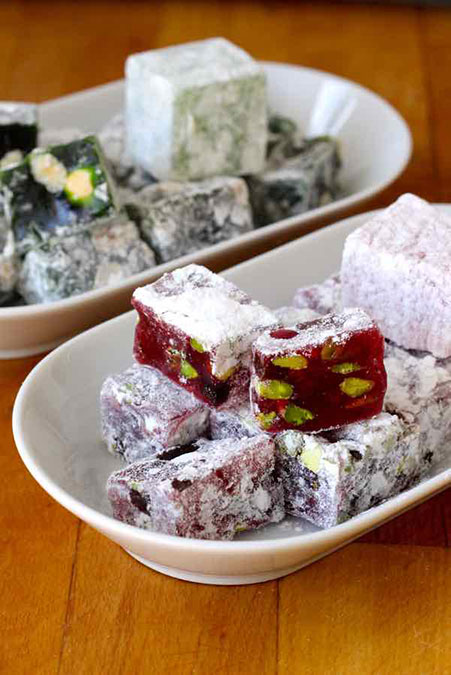 Did You Taste The Mouth Watering Turkish Delight Yet?

Surely you must be knowing about the different varieties of famous Turkish Delight or Lokum mostly consumed during special occasions and the festive season of Ramadan in Turkey. Turkish delight is the British name for a sweet called Lokum, one of many spellings and a corrupted version of the original phrase, “rahatü’l-hulkum”, which means “giving rest to the throat.”

Istanbul is popular for its local Turkish delight, there are more than a hundred varieties and combinations of Turkish delights. These sweets and lokum have interesting histories of their own. Some types of lokum that appeal to different taste buds are hazelnut, rose petals, walnut, pistachio, gum mastic, lemon, peppermint, pomegranate, saffron, chocolate, coconut, and fruit.

The oldest, most well-documented account of Turkish delight traces back to an Anatolian man named Bekir Efendi, later titled Haci Bekir following the completion of his pilgrim duties. Haci Bekir migrated to Istanbul to establish his now-legendary confectionery shop in 1777, his first shop, Haci Bekir, in a narrow street close to the spice bazaar, is still owned by his descendants and run by the fifth generation of families he employed.

In fact, this very first shop of Haci Bekir and him serving an Ottoman mother with her two young children were the subjects of a watercolor painting by Amadeo Preziosi, a Maltese painter known for his paintings of the Ottoman Empire and the Balkans in the 18th and 19th century. The painting is currently on display at the Louvre Museum in Paris. 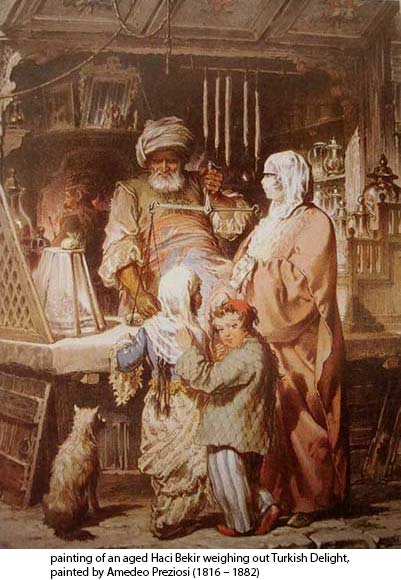 Many other notable travelers share their experiences of the sweet, amongst which an American Naval physician named James De Kay notes in the memoir of his visit to Turkey in the first half of the 19th century:

“. . . a delicious pasty-mass which melts away in the mouth, and leaves a fragrant flavor behind. It is, as we are informed, made by mixing honey with the inspissated juice of the fresh grape, and the Turks, who esteem it highly, call it “Rahat locum” or repose to the throat, a picturesque name to which it seems fairly entitled.”

Here is an amazing video of how to make Turkish Delight so you can also enjoy it if you are not coming to Turkey any time soon, the video is in English and she only uses a few ingredients that you probably have at home!
Sugar, Cornflour/corn starch, Cream of tartar, and Lemon juice Water! Check it out:

Shopping In Istanbul – Where And What To Buy?

Which Souvenirs to Buy From Turkey?

What Is Turkish Breakfast?