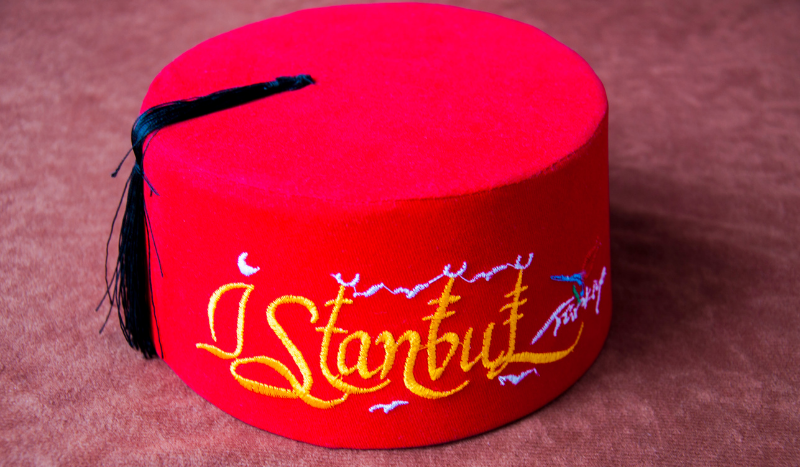 What is The Turkish Hat? Poster of the movie One night in Istanbul

For the curious tourist that doesn’t know how the Turkish hat is called: Fez, and in this article, we will share with some more curiosity about it!

It is something of an irony that the fez, a famous, round, and usually a red piece of headwear, is among the favorite souvenirs of tourists visiting Turkey every year.

These hats often appear on our TV sets in films or holiday commercials about Turkey. Whether in an entertaining Spain or Turkey advert in which a flamenco dancer and carpet seller compete in a volleyball match, or the classic movie One Night in Istanbul telling the story of two Liverpool FC-crazy cab drivers who travel to the city to see their team play in the 2005 Champions League final, fezzes are a noticeable feature.

There is a funny irony in this association between the fez and Turkey (usually called Turkish hat) as the wearing of these was once banned in 1925 by the country’s first President Mustafa Kemal Atatürk. As a Westerniser, he had viewed fezzes as a remnant of the Ottoman past that distinguished Turkish citizens from the Europeans he hoped they would emulate. From then on, the people of Turkey were required to wear the hats and caps of the Western World.

Where “FEZ” name come from? Meaning of Fez 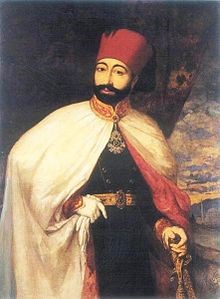 The Turkish fez got its name from the Moroccan city of Fez, the source of sanguine berry formerly used to paint the felt.

How did Fez the “Turkish hat” was introduced to Turkish culture?

The wearing of fez originated in the Ottoman Empire during the 19th Century. This period was one of great change for the Ottomans, who set out on an ambitious program of reform to address concerns about military weakness and strength and stability of their state.

With all the European cultural influences, came another new development to Ottoman Empire, which is unique to Ottomans. This innovation came in the form of the Turkish hat Fez. The fez was a giant step for the Ottomans. Laws had previously governed clothing in the empire since the 16th century; they had distinguished the sultan’s non-Muslim subjects, mainly Christians and Jews from their Muslim counterparts. In 1829 when Sultan Mahmud II decided that all Ottoman officials would wear the fez, regardless of religion, this would change all .

As Mahmud II once declared “From now on I do not wish to recognize Muslims outside the mosque, Christians outside the church, or Jews outside synagogue.” The fez for its part became a symbol of secular citizenship and could be worn by every Ottoman man, it was intended to bind all the sultan’s subjects together.

So what does the fez really stand for?

The Turkish hat once represented a profound change in the history of the Ottoman Empire,  they stood for citizenship and a new far-reaching Ottoman ideal of national unity in a time of distress and uncertainty, later associated with religion, nowadays even banned over 100 years in Turkey and no official changes in the law is mostly correlated with a national symbol for other countries mostly a stereotype as in daily life Turks never wear.

Places for the Best View of Istanbul