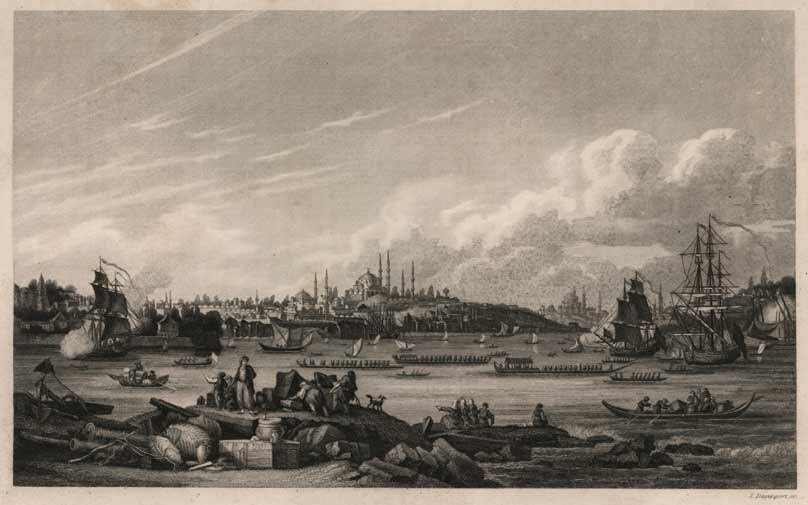 Are Constantinople and Istanbul The Same Place?

Istanbul, the most populated city in Turkey which connects Asia and Europe was always known as one of the most important spots on Earth since it was named as the capital of the Roman Empire in the 4th century by Emperor Constantine. Before that, the relics of the city go back to more or less 1000 years pointing to the name Byzantium, which is formed from the names of two men Byzas and Antes who were the Greek Settlers from the ancient city Megara.

Where do the names Constantinople and Istanbul come from? 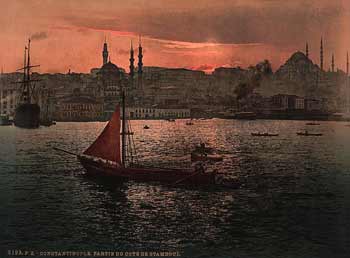 After the re-foundation of the Byzantium by the Roman Empire Constantine in 330 AD, the capital of the Empire is moved to Byzantium, and the city was named Constantinople and accepted as the New Rome. The city is called Constantinople for ages, even after the Ottomans conquered the city and started to call it Konstantiniyye which means Constantinople in Ottoman Turkish.

Besides the name Konstantiniyye, the city continued to be called Dersaadet or Asitane by Ottomans for a long time but none of these names became official.

Despite the belief that the name Constantinople or Konstantiniyye is changed to Istanbul after the Ottoman Era, the area which took place inside the Byzantium city walls was called ‘Stin Poli‘ in Greek from the very beginning of Roman Times which meant ‘the inner city. ‘Stin Poli‘ then became Istanbul with the Turkish articulation and was accepted as the official name of the entire city in 1930 by the new regime as Turkish population, which became the major of all the ethnicities did not want to remember and praise that era when the Greeks used to govern.

Why has Istanbul or Constantinople kept its popularity for ages? 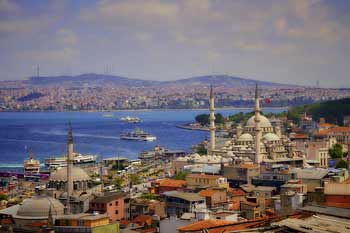 Constantinople was surrounded by the most majestic city walls in Europe, built between 412 and 422 AD. Moated, battlemented, interspersed by 192 towers, and of treble thickness throughout, the walls marched a distance of six kilometers from the Golden Horn to the Sea of Marmara, rising and descending with the inequalities of the ground. They also extended along the Sea of Marmara and the Golden Horn, completely enclosing the city. By the nineteenth century, the moat had been covered in gardens and graveyards.

Crumbling, choked in ivy, the walls were patrolled by more goats than guards. Yet Byron wrote: `I have seen the ruins of Athens, of Ephesus and Delphi: I have traversed the great part of Turkey and many other parts of Europe, and some of Asia; but I never beheld a work of nature or art which yielded an impression like the prospect on each side from the Seven Towers to the end of the Golden Horn.’

As recently called Istanbul, Constantinople or Byzantion is the only city that became the capital of 3 empires. Till the recent excavations managed for the new underground station Yenikapı, it was still not known that the history of the city goes back 8500 years.

Then the 3 major Empires Byzantiums, Romans, and Ottomans accepted Istanbul as their capital and they have left an immense heritage for humankind. That is why Istanbul probably stands as the richest source to witness modern history with all the preserved relics from the early Byzantine. Also, it is obvious that Istanbul is the major city connecting the East to the West and a major hub for 3 continents, Asia, Europe, and Africa. Whether you visit the city for business or touristic purposes, it is always recommended to join a guided group or hire a private guide to comprehend the history of this marvelous settlement.