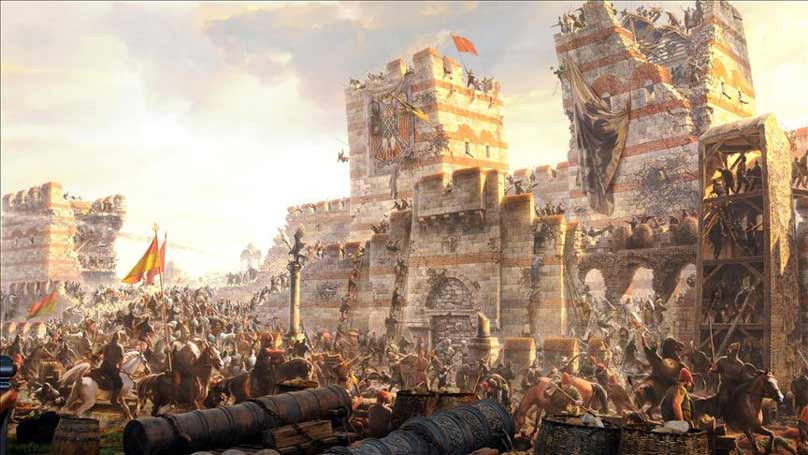 How Was the Conquest of Istanbul? 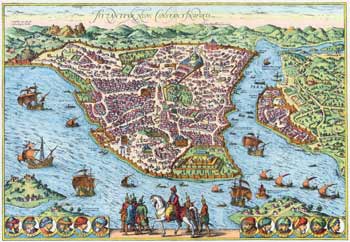 The conquest of Istanbul(Constantinople) was a milestone for world history as it had caused an evolution for the east and the west, Asia and Europe, Islam and Christianity. It was the end for the Roman Empire that ruled most of Europe for 1500 years, widened its territory to North Africa and the Caspian Sea.

The conquest of Constantinople was the moment that the Ottoman Empire proved its superiority over Christian Europe, secured the gap between the lands in Anatolia and Europe, made Anatolia Muslim land after long domination of the Roman Empire. Now it was easier for Ottomans to carry the borders through Europe without looking back, also the Muslims in Asia Minor now was secured from the Crusaders. The Muslim Turks, in this way Islam had the opportunity to face Christianity and maybe that gave the opportunity for Muslim Turks to become different than the other Muslim communities.

It also affected Christianity and Christian Europe. The Catholic and Orthodox Churches started to position themselves even more distant because of the fact that they could not get any help from the Catholics, even they put their feelings into words as ‘Better the Turkish turban than the Papal tiara‘. It is even accepted the cause for the Rennaissance in Europe because the people immigrated from Byzance to Rome. These migrants were mostly humanists, lecturers, artists, and politicians. The conquest has also a profound touch on the geographical discoveries after Ottomans started to possess most of the commercial routes with the fall of conquest.

The Fall Of Constantinople 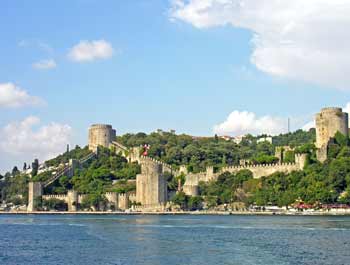 Before the siege certain preparation was accomplished. Huge cannons were molded, Rumeli Castle was constructed to control the Bosphorus and the possible aid, a fleet of many galleys was built, soldiers were doubled and a pact was signed with the Genoese not be part of the war.

Sultan Mehmed II placed his imperial tent by the door of Saint Romanus which now is called Topkapi. Ottoman Army fired the first cannons on 6 April 1453.

By the siege, the city was underpopulated with the order of Sultan Mehmed II. He issued a proclamation telling that the people who do not resist will be treated friendly if they leave the city and wait out of the city walls. When they are back with the end of the siege they will be relocated to their houses which will be fixed and will continue their lives the same as they did before. Some people obeyed the order but the Emperor was holding ceremonies in churches to courage people towards the Ottomans.

The main key to conquering the city was to seize Golden Horn and this was possible on April 22nd by carrying the fleet from the land by the cows which surprised the citizens and the Emperor himself. Then the last call for the Emperor to surrender was delivered via the Genoese on April 28th while the battle goes on. 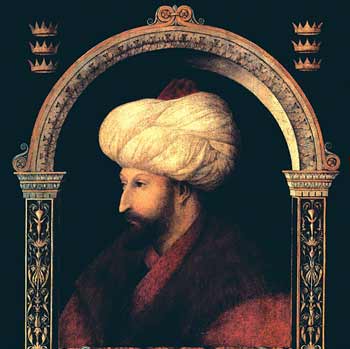 It lasted another month to get to the end of the siege and finally on May 29th Mehmed II entered the city, went directly to Hagia Sophia, and announced that Constantinople became Ottoman and Hagia Sophia is now a mosque.

The conquest is now demonstrated in a museum called ‘Panorama 1453‘ which is located in Topkapi where Mehmet II pitched the imperial tent during the siege. This museum could either be visited alone or with a guided tour to get a piece of more extensive information.