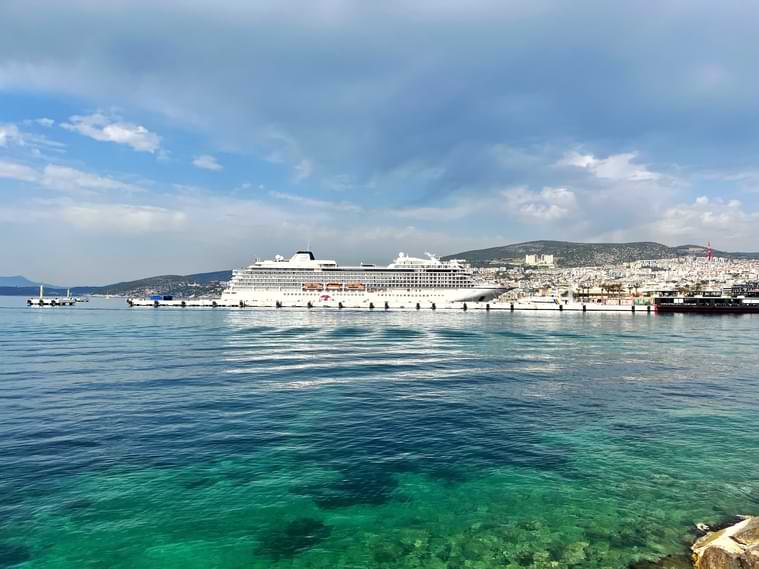 Kusadasi Cruise Port is one of the famous ports on the Aegean coast of Turkey. Port is belongs to Ege Liman Isletmeleri A.S. But mostly known as Kusadasi Limanı.

Kusadasi is set in a heavenly bay in the Aegean district of Turkey within the borders of Aydin city.  The city is known for its turquoise, shimmering water of the Aegean Sea, wide sandy sea shores, brilliant sun and enormous marina.

Kusadasi , “bird island” in Turkish, town is a small boutique site to visit on your own. But missing the historic places that are very close to this town, is going to be a very unlucky situation for you.

Our cruise specialist tour guides of our agency will assist you to create the most interesting itinerary for your family. Not only in ancient cities but also in the exceptionally beautiful nature of the area will be an unforgettable experience for your cruise.

Most cruise ships stop at Kusadasi port, head north to Istanbul. For our guests who book their Private Kusadasi Shore Excursions with our company, there will be a discount for their Shore Excursion Tours in Istanbul.

Here is the list of some alternative shore excursion tour options from Kusadasi Port. 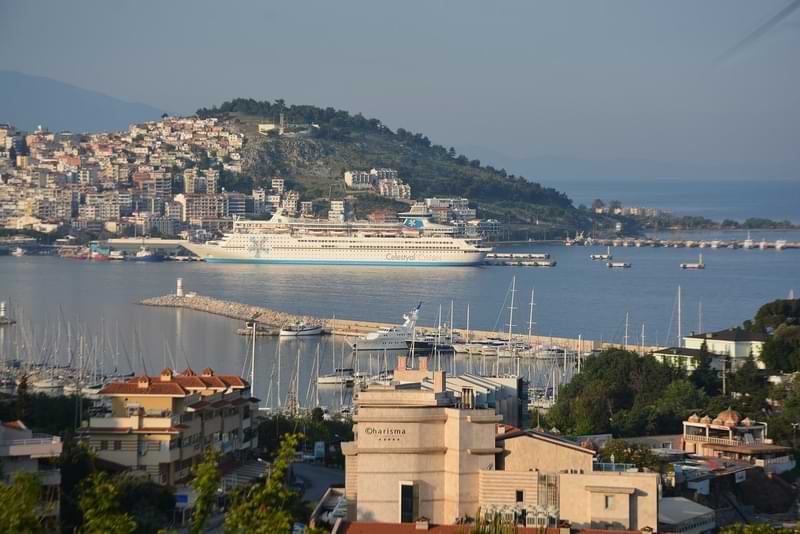 Ephesus city will be an irreplaceable experience for you. Ephesus, the predominant power of its time. The area is known as the birthplace of Greek civilization in Minor Asia (south-west Asia). Some effects of this Greek town can still be witnessed in modern world ideologies.

The Ephesus Ancient City is 20 km north of Kusadasi. A 30 minutes car ride will take you to the famous Ephesus town and start exploring life in old Ionian city states. 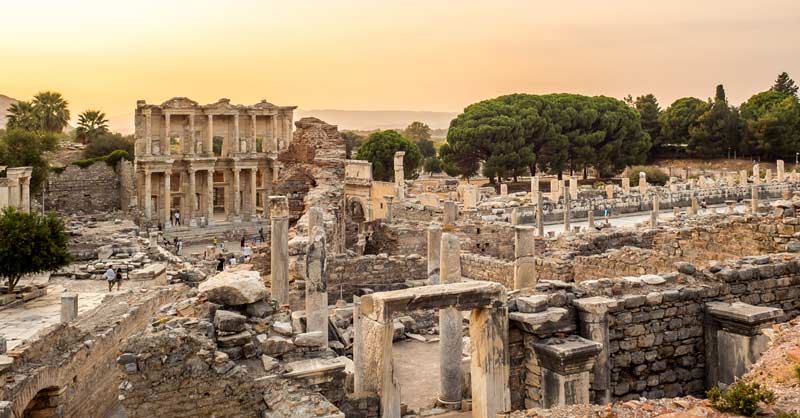 Bergama (Pergamon) is located within the provincial borders of Izmir. The area has been in the UNESCO World Heritage List since 2014.

In the Hellenistic period, the city was established as the capital of the Attalid Dynasty. Pergamon became a significant  scientific, cultural and political center in the history of Asia Minor, due to its location.

Afterward, the city was in the region of the Ottoman Empire and the Turkish Period started.

The city, home to many civilizations since forever ago, today fascinates guests with its Hellenistic, Roman, Byzantine and Ottoman structures.

On tour, you will see; Pergamon Ancient City, Altar of Zeus, Acropolis, Gymnasium.

Note that this journey takes approximately 3 hours per way. 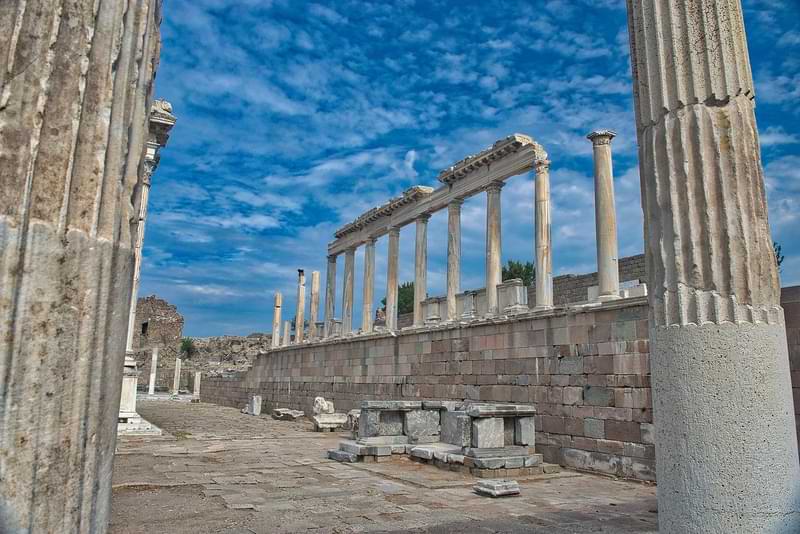 Sardis is located about 120 km north-west of Kusadasi. Strategically located on a spur at the foot of Mount Tmolus, this city dominated the central plain of the Valley of Hermus.

Sardis was the capital of the Lydian area of the 7th century BCE. The golden and silver coins were first formed in this city. The city was the western boundary of the Persian royal road.

When you arrive at the Sardis, your private tour guide will provide  information about the area and its history, while walking in the ruins of Lydian . 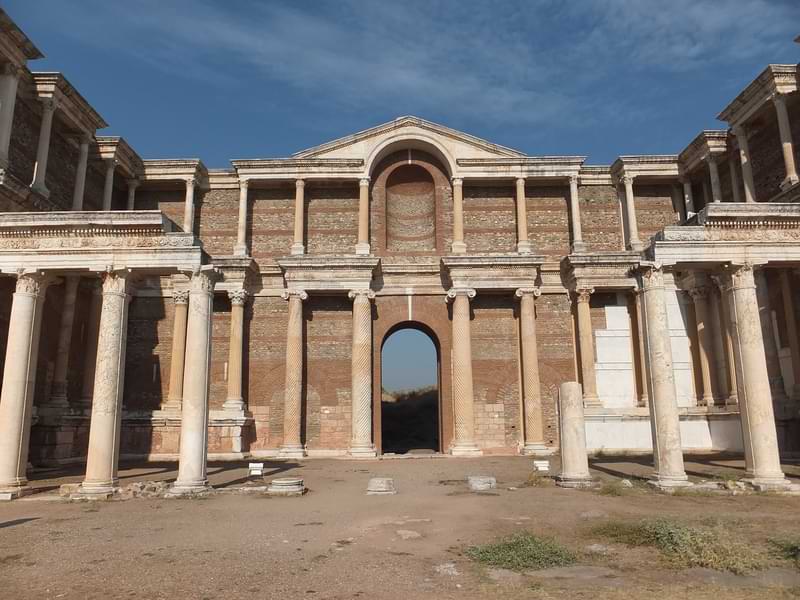 Sardis church is one of the Seven Churches of the Apocalypse

Pamukkale has been very popular for years because of the hot springs, 4 season snow-white travertines and the ancient town, Hierapolis. Travertines naturally occur in multi-story small pools with calcium-based linings. Hierapolis was founded by the King of Pergamon during the Roman period to honor the name of Hierra.

After a 3 hours drive, when you arrive in Pamukkale the tour will start. You can find a sample itinerary here. 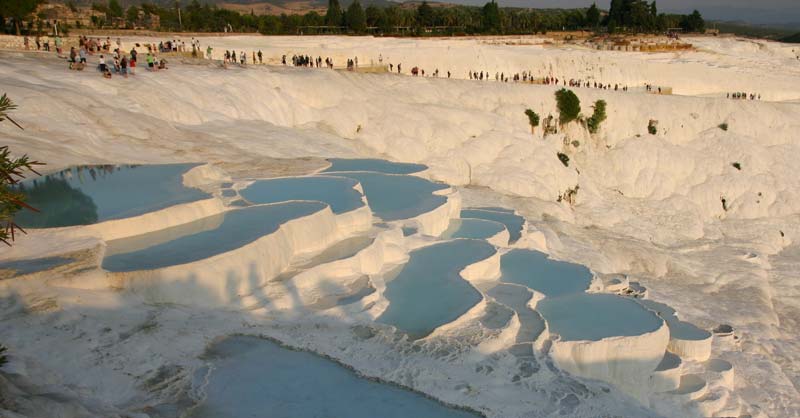 Priene, Miletus and Didyma ancient towns can be visited in one day due to the short distance between them.

At Priene, the most northerly of the three sites, view the remnants of the Temple of Athena and portions of the city walls.

Miletus, 14 miles from Priene, is known for its large amphitheater.

Didyma contains the ruins of the Temple to Apollo. 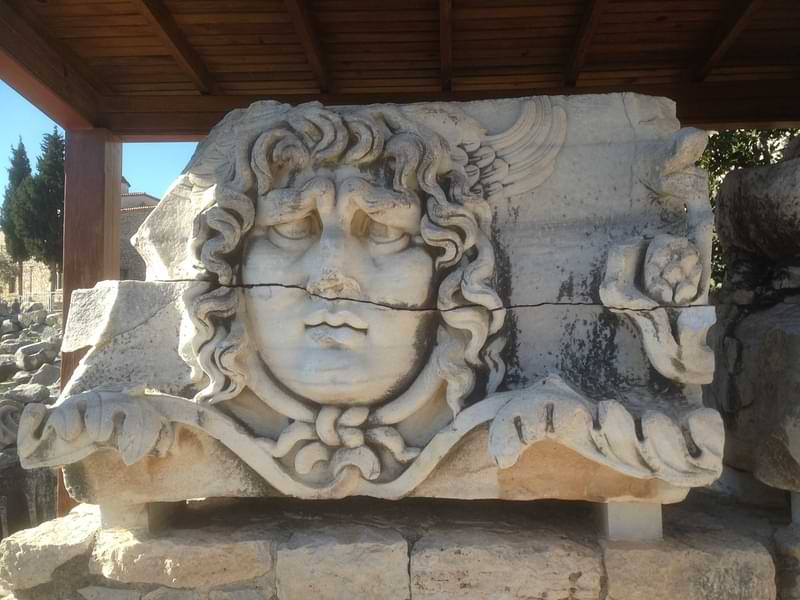 Walking in the hilly streets of Sirince, wandering through markets and interacting with hospitable locals, visiting Ottoman style wooden houses and tasting local handmade wines will astonish you with unique taste. 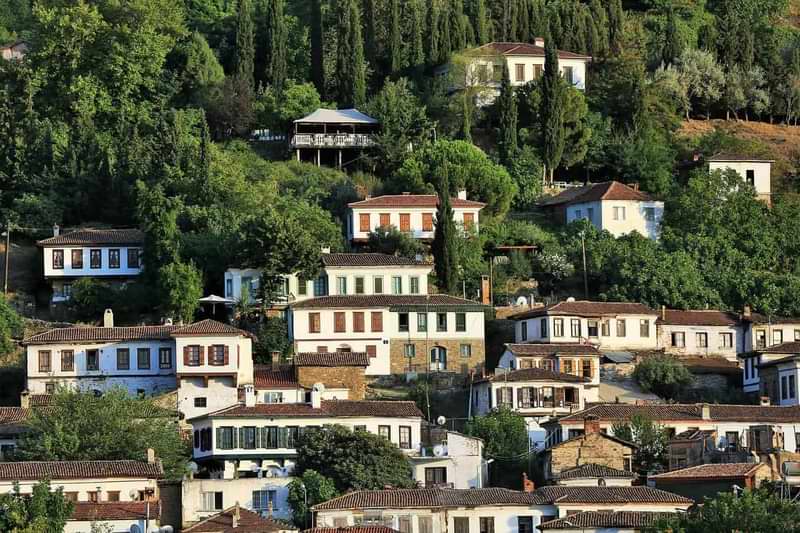 Please note that these are all private tours. So we can combine and customize them for your free time and special interests.

In order to make revisions on tour programs, you can contact the Guided Istanbul Tours team and customize your private shore excursion itinerary.

The Best Diving Sites in Turkey
Why Do You Need A Tour Guide In Ephesus?
Where were the 7 Wonders of the Ancient World located?
Best Places In Turkey For Instagrammers