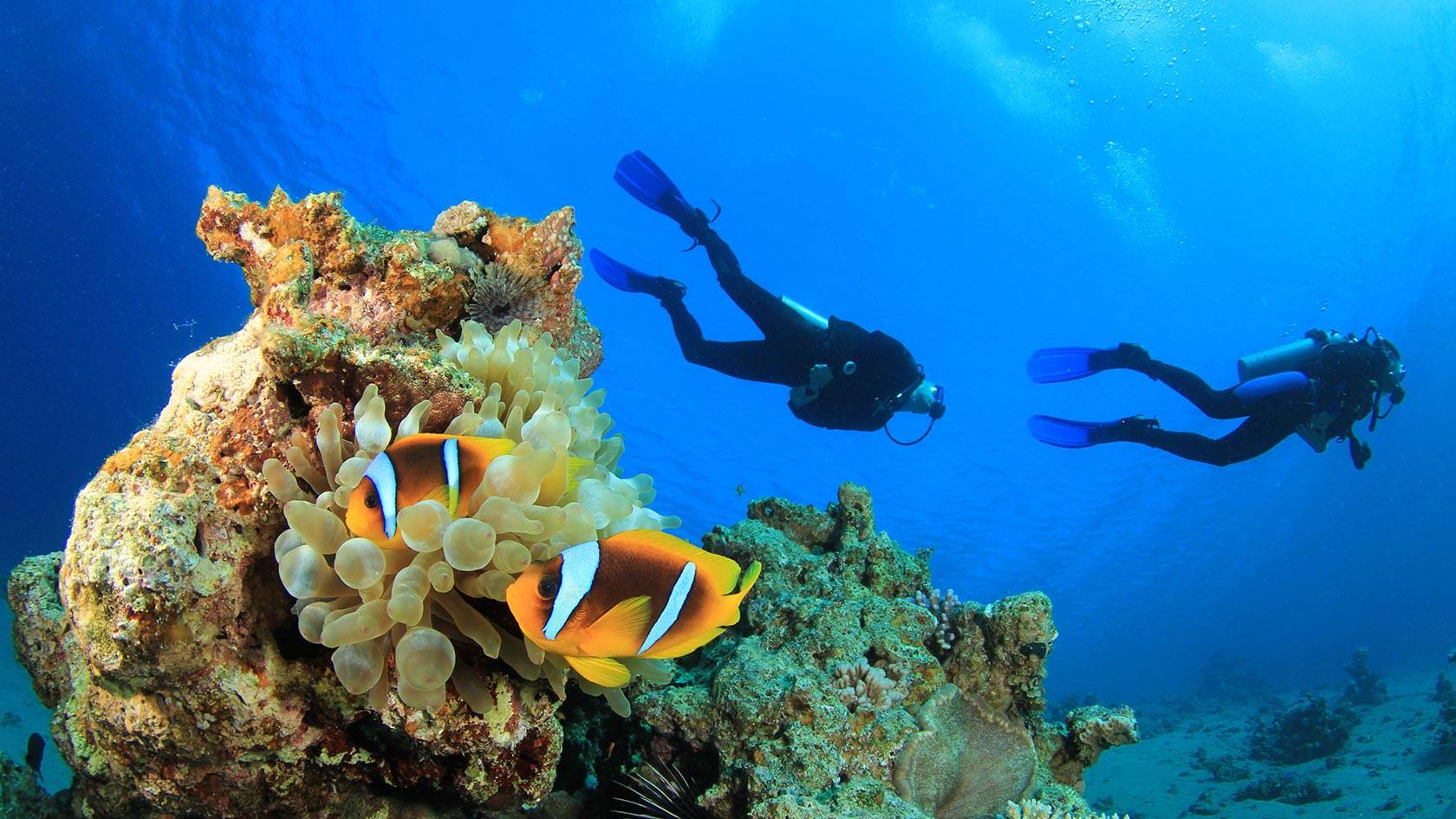 The Best Diving Sites in Turkey

Since Turkey is a country surrounded by seas, it brings with it uniquely beautiful coves for diving enthusiasts.

The azure, clear waters off Turkey’s coast hide a varied treasure chest of ancient underwater cities, hundreds-year-old wrecks, and colorful marine life. So, it is no wonder that pressure is building for the Turkish government to allow novice and experienced divers to explore the sunken historical city of Kekova, near Antalya. 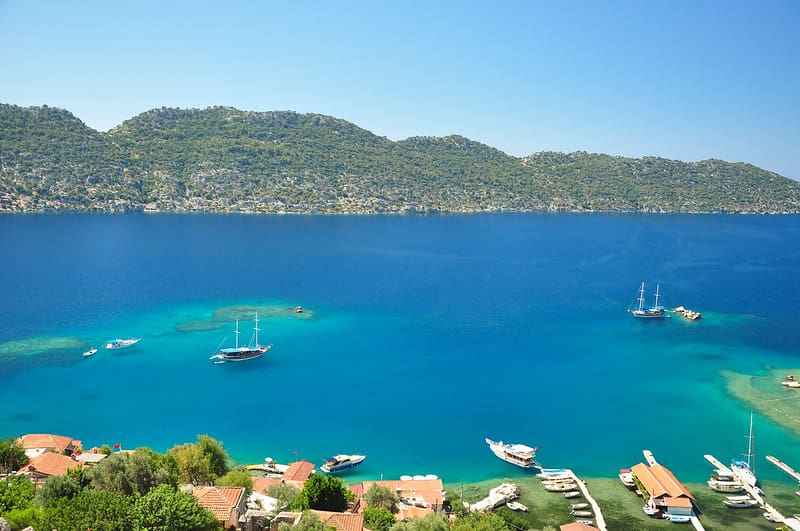 Kekova Island, at 20 kilometers long, was an important trading town in the Lycian era. Unfortunately, a series of earthquakes in the second century devastated much of the infrastructure, causing it to sink, and prompting locals to flee for safer grounds. Meaning thyme in Turkish, Kekova offers a fascinating insight into ancient civilizations with houses, a harbor, and a stone staircase rising from the water.

In 1986, the Turkish government imposed a ban on diving, partly for safety reasons but mainly because treasure hunters were looting the sites and selling any artifacts outside of the country. Turkey declared it a Specially Protected Area in 1990 and applied in 2000 for UNESCO World Heritage listing. It is still on the Tentative List to this day.

Former Antalya Mayor, Münir Karaloğlu is now leading efforts for the Culture and Tourism Ministry and Ministry of Environment and Urbanization to ease the embargo. While we wait for a decision, if you are itching to get underwater and discover the delights of the Turkish coastlines, here are the best diving sites in Turkey, to enjoy ship and plane wrecks, colorful reefs, and historical ruins.

Turkey has 125 listed shipwrecks around its coastline, and no more so than off the northwest coast of the Gallipoli Peninsula. The abundance of wrecks here, mostly date from battles in 1915 during the First World War when Britain, using the Canakkale Straits, tried to take Istanbul.

Turkish resistance beat the attack, prompting Britain to abandon the campaign a year later. They left behind a litany of wrecks of warships in Gallipoli and supply vessels that today offer fantastic diving opportunities. The highlight is the wreck of the Lundi: a torpedoed cargo ship on April 15, 1915, that teems with marine life, while the HMS Majestic lies between 18 and 28 meters below sea level. Beautiful view under the sea in Turkey

Cesme on the Izmir Peninsula

Cesme offers up the clarity of water very rarely found and a diverse range of marine species. Dive sites include the Bedroom, a spectacular cave particularly loved by underwater photographers, and Split Rock at Eşek Island where experienced divers can go down 45 meters.

One of the more unusual dive sites is an A300 Airbus close to Davutlar, near Kusadasi. With a 44-meter wingspan and at 54 meters long, the local council sank the 36-year-old plane to attract international divers. It will become an artificial reef for underwater flora and fauna and offer a unique diving experience.

Bodrum: Where It All Started

Diving gets better and better the further south you go, and Bodrum is no letdown. There are around 20 dive sites off the Bodrum peninsula featuring two shipwrecks, a plane, walls, caverns, and pinnacles. With dive depths, up to 30 meters, you will be well-placed to see the likes of stingray, barracuda, tuna, moray eels and octopus.

From Wolf’s Point to Kargi Island, dive sites offer something for everyone, including a 29-meter shipwreck of the SG115 cargo ship; Pinar 1, a 37-meter former Turkish Navy water tanker, and the ruins of a C47 Dakota plane, an ex-Turkish Air Force parachute plane. 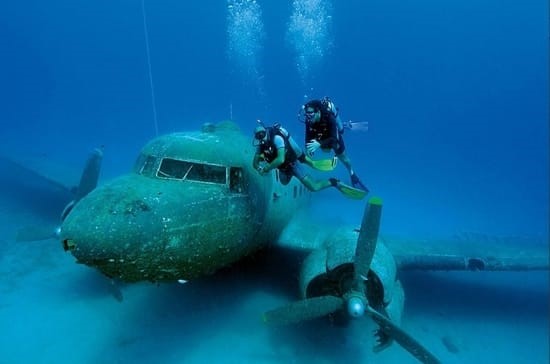 Diving near the plane wreck in Turkey

The blue depths off Fethiye hide some great dives. These include Afkule for those in search of corals, sponges, and caverns. The aptly named Secret Garden is a 25-meter cavern with a ceiling of 6 meters, while Aladdin’s Cavern offers a veritable feast of flora and fauna.

Kas and Kalkan: Gems of the Southern Coast

Of the 15 dive sites around this part of the Mediterranean, there is an abundance of reefs, walls, underwater canyons, and beautiful landscapes. Said to be one of the world’s top 10 diving sites, there is the bonus of an Ottoman shipwreck and the mystery of the Sakarya/Duchess of York’s vessel, a steamship that ran aground in May 1943. Heybeli Island, near Kalkan, offers a rocky landscape for divers to explore. 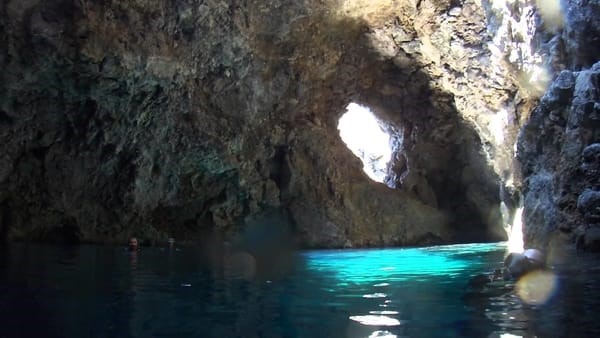 Diving at caves in Antalya

Antalya is a diving enthusiast’s dream because it has everything from A-Z that an underwater wish list should have. From Kemer’s Aquarium Bay, a 12-meter underwater wonderland of marine life to the Lighthouse Tunnel, a natural maze of tunnels and caves, there is also the Paris II shipwreck which sank in September 1917.

Off the western end of Antalya’s Gulf, there are the remains of the Gelindoya shipwreck thought to be the world’s oldest. The wreck, which has its roots in the Bronze Age 3,000 years ago, was the first-ever underwater archaeology study in Turkey, and the Bodrum Museum of Underwater Archaeology now displays the artifacts raised.

Best Times of the Year for Diving

All the destinations on this list of the best diving sites in Turkey should ideally be visited between April and October when seawater temperatures range from 17C to 28C. Gallipoli, however, will be colder averaging around 14C. During these times, many diving schools and companies are open for business, whereas they close in the wintertime, which is outside of the tourism season.

What To See in Antalya?
Where To Ski in Turkey?
How to get from Istanbul to Antalya?
What Is Must Not Do While Visiting Istanbul