Most Famous Street Foods in Istanbul

Istanbul Street Foods is very diverse, the richness of the Turkish Cuisine spreads to the streets of the city and offers a great variety of street foods that you may enjoy from the early morning till you look for something to eat after the night outs. Your private tour guide can suggest foods other than the ones listed below which you may enjoy. 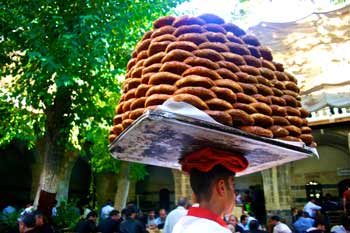 Simit is one of the most famous street foods! This is kind of a salty bagel that, out of the discussion, is consumed all day by the ones looking for a quick bite between the meals. It could be eaten either plain or with cream cheese or sweet stuff like jam or peanut butter. It is also known as the best company for the Turkish breakfast and the common food for the seagulls fed by the ferry passengers. 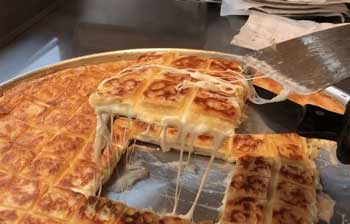 Borek is a kind of pastry that takes the first place for the locals to start the day with as it is easy to be found everywhere and quite filling like a full Turkish breakfast. There are many different boreks that have origins from every single destination where the Ottoman Empire reached in history and they could be consumed during different meals even as a company to raki-Turkish pastis which is called pacanga boregi.

Borek is mostly filled with cheese, meat, spinach, or potatoes and it is not necessary to tell that it is best to have a glass of Turkish tea while taking a bite of borek.

Pilaf with chickpeas or chicken 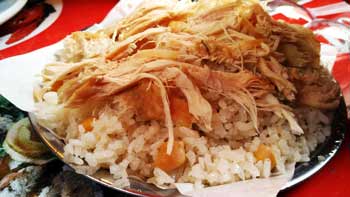 This is a combination of two very simple elements that offers a great taste and are sometimes accompanied by chicken by the ones who are seeking more protein. This is also a vegan-friendly healthy food and is very very reasonable to skip a meal during the day. Some prefer to have this fast food with some ketchup and mayo which could be found a little interesting but you may give it a shot, why not? 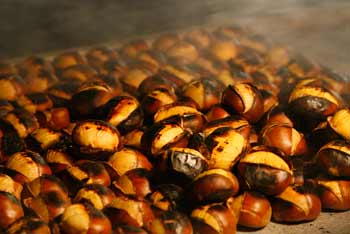 Chestnut takes a significant place as an ingredient of the Turkish cuisine which could be consumed alone –grilled or boiled-, in the pastries, to fill the roasted chicken or turkey, as a company to vegetables with olive oil, or like a desert when candied or in the cakes with different stuff. Grilled chestnuts are most popular and easily found in the streets in the thing that lets us know about the winter’s arrival when first seen after the long summer. It is best consumed with a nice conversation when having a walk with a friend or lover. 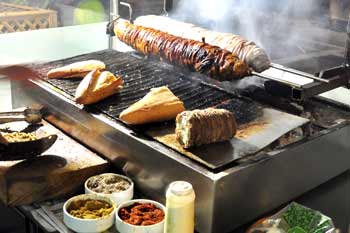 Frankly, this is not something that you may find in the other parts of the World, at least we can tell that it will not be this tasty. At first, you may find the idea a little bit or quite irritating depending on your willingness to taste the different stuff rather than the basic everyday food. Kokorec is made from the sheep’s intestines and fat, grilled by charcoal, chopped and served with different spices.

It is mostly served as a sandwich and mostly named as a drunk food so is one of the most popular street foods to enjoy after the long nights. It is best to warn the one who serves in front if you think that you will like your kokorec not chilly.

Turkey has its cuisine, inherited from the Ottoman era and with a mix of Asia and the Mediterranean, so it has a great variety to be tasted where each region has its gastronomic specialty, which makes all together form a true empire of delights. As they say around here before and after meals: afiyet olsun! And did you enjoy getting to know some of these street foods in Istanbul?