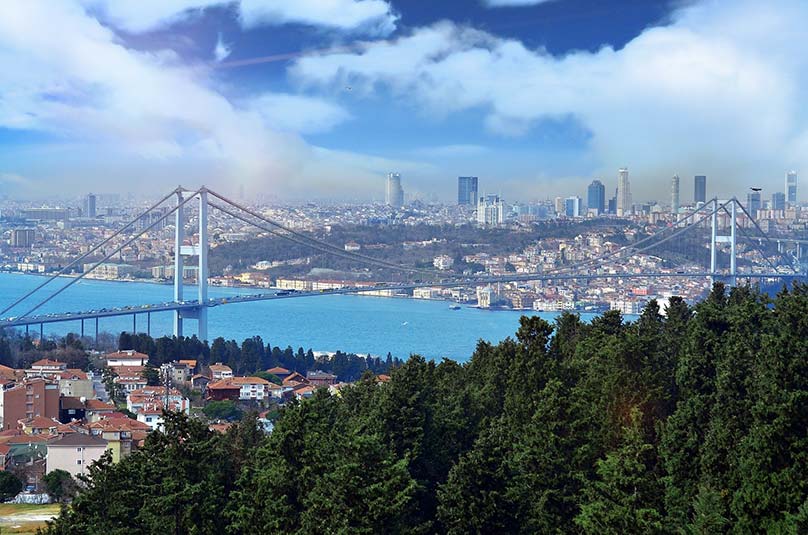 How Many People Live In Istanbul ? 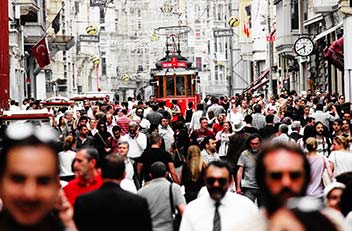 Istanbul was always the most crowded settling and the busiest commercial hub of Western Asia since the Roman Empire till Modern Turkey. It was named as the capital of different empires throughout history with the names Constantinople and Asitane. Despite not being the capital of Turkey now, Istanbul is still the most populated city in the region. The residential area is significantly expanded as the city continues to attract many migrants from the other parts of the country as well as many more from various countries where peace is not established or people suffer from economical problems.

Counting that there are many illegal aliens migrated especially from Syria, Iraq, Afghanistan, and the other Stan countries, it is quite hard to figure out the exact population however the estimated number is around 17 million. European Side is still more populated than the Asian Side because of the job opportunities, most of the migrants keep settling with their relatives in specific neighborhoods in this part of the city and changing the demography of Istanbul.

How The Demography Of Istanbul Changed Historically?

Needless to mention that till the Ottoman conquest the population was Greek. It sounds strange that being the capital of the Ottoman Empire for ages, Istanbul had more Non-Muslim inhabitants than the Muslims till the beginning of the 20th century. Regarding the census made by the Ottomans in 1897, we can see that the Non-Muslim population was majorly formed by the Greeks, which were half the number of the Turks, then the Armenians, Jews, Albanians, Kurds, and some other minor communities. 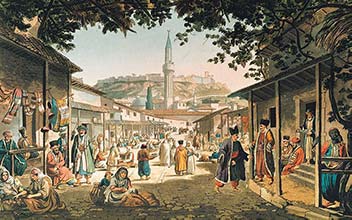 After the Balkan Wars with the loss of significant land, Muslim society has moved to Istanbul, and finally, with the declaration of the Turkish Republic, the Greek population has decreased in enormous numbers. Later on, with the unwanted pogrom that happened in 1955 then the forced emigration decision taken by the government before invading North Cyprus the population of the Greeks lowered to only a few thousand. 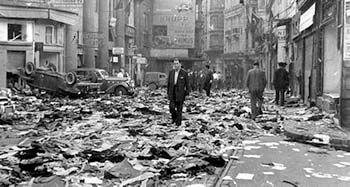 Again regarding the Armenian society, there is a huge difference in numbers between the end of the 19th century and through the years the 1930s because of the exile in 1915 then the operations to the southeast Turkey where the Armenians still used to live those days. The Jewish society was slightly luckier than these two but also due to the rising of the fascist ideology in Europe, some of the so-called Turkish nationalists positioned themselves against the Jewish community in Thrace and many people decided to leave with the unrest during the years the 1930s. 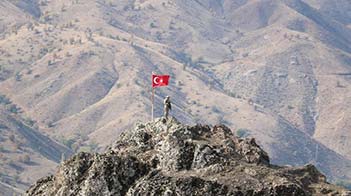 After the 1960s and the minimization of the Non-Muslim communities in Istanbul, Istanbul became literally Turkish. Starting with the 1970s, the terror in southeast Turkey has risen and made people leave their homeland and move to Western Turkey. This inevitably and constantly continued till these days. Furthermore, the problem in the southeast spread to Iraq then Syria and now the ethnic population in Istanbul consist of Turks, Kurds with Turkish nationality, Syrians, Iraqis, Afghans, and many people from the Stan countries because of the current economical situation in the territory and the historical bonds with the Turks. By the way, there are still Greek, Armenian and Jewish communities that try to pursue their own culture and tradition.