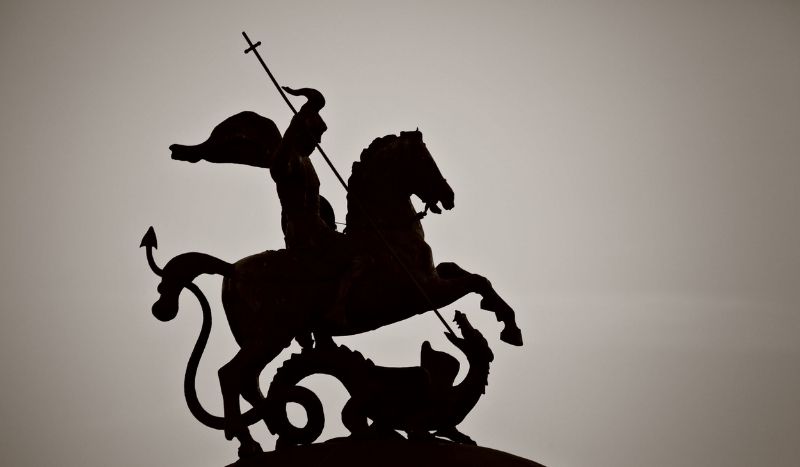 Is St George From Cappadocia?

The story of São Jorge

The first thing to know about São Jorge or St George is that it is not possible to confirm whether it actually existed or not. This applies to many saints in early Christian times.

Tradition, then, goes like this: George would have been born around the year 280 AD in Cappadocia, present-day Turkey, and later moved to the region of Palestine. Throughout his life, he enlisted in the Army of the Roman Empire.

St George, who was a Christian, was killed in AD 303 because he would have refused to kill and persecute Christians—a direct order from Diocletian, then Roman emperor. For this reason, the story goes that George was beheaded on April 23rd. This date would later be remembered as the day of homage to the saint.

The place of death is uncertain. Some sources point out that the future warrior saint would have been murdered in the city of Lidda, in Israel, where the supposed mortal remains lie until today.  The emergence of the holy warrior.

Although the historical figure of São Jorge is not proven to exist, the sanctity of Jorge da Cappadocia appears sometime after April 23, 303 AD. 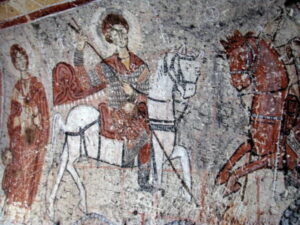 “In the 6th and 7th centuries, there are already church fathers mentioning São Jorge. With the end of the persecution of Christians and later with the Christianization of the Roman Empire in 380 AD, the memory of Christians who gave their lives before turned them into martyrs”, explains Fernando Torres Londoño, professor of the History department at PUC-SP.

How, then, did a martyr become a warrior mounted on a horse, wielding a spear before a fire-breathing dragon? The answer lies in Spain, from the 8th century onwards.

“With the conquests of the Christians in northern Spain over the territories occupied by the Arab kingdoms, the saints associated with military culture were greatly appreciated, including São Jorge. He came to be seen as the protector of Christians against the Moors as if he had appeared in heaven to accompany Christians in their victories”, says Londoño.

The crusades gave even more strength to the mythology of St. George. Around the year 1096, Christian soldiers headed to Jerusalem with the intention of conquering the so-called Holy Land.

“With the first crusades, (St George) São Jorge‘s fame expanded with the return of soldiers to Europe. Chapels in the name of the saint who would have protected Christians from Muslims were erected throughout Europe and one of the symbols of the saint, the cross with four equal points in red, was spread over coats of arms and flags,” adds Londoño.

St George against the dragon

Legend, even, the warrior saint became in 1290. At this time, a Dominican scribe known as Jacopo de Varazze compiled stories of the first saints in a book known as “Golden Legend“. Saint George was in the pages—but the story of the Turkish soldier took on very different airs. 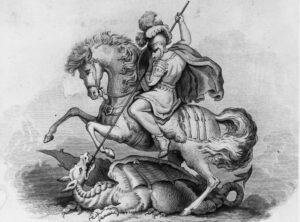 In the chapter dedicated to St George, there is the story of a city that suffers from a dragon that burned houses and contaminated the water. To calm the monster, young virgins were given up for sacrifice by the people.

“When it was the turn of the king’s daughter, São Jorge / St George would have appeared mounted on his horse. After defeating the dragon, the saint would have cut off the animal’s head. The entire city converted to Christianity after the episode,” said Londoño.

Today we offer private tours and Biblical Tours to our guests who are visiting our country. Please feel free to contact us to create custom-made tours on the trail of the Holy Bible and St George.

Benefits of a local tour guide in Cappadocia?

How can I go from Istanbul to Cappadocia?

How to Spend a Week in Turkey?