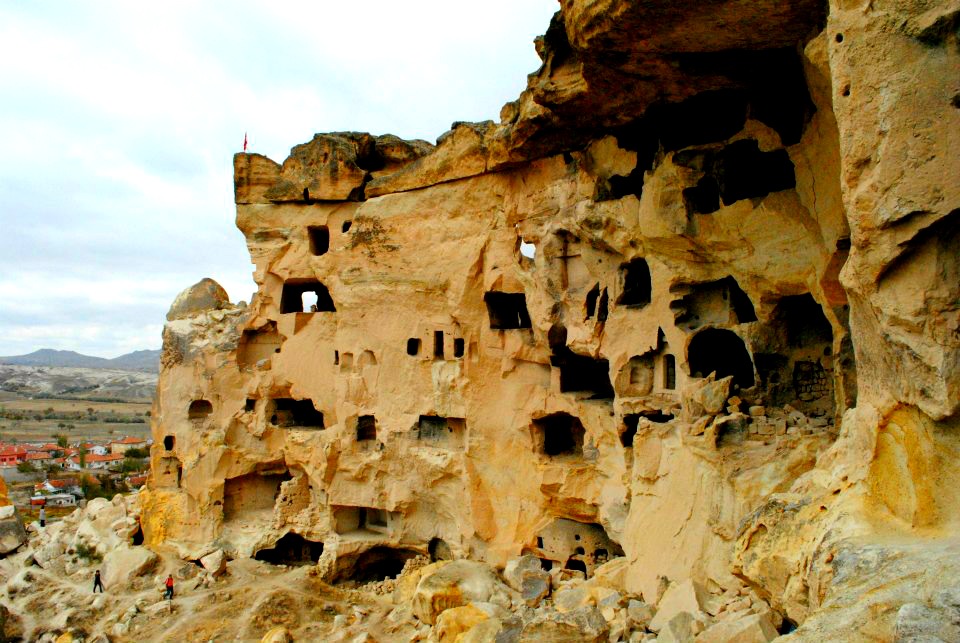 The name Cappadocia is accepted to be derived from the term in the Hittites language (katta peda) which means the place below. Cappadocia is located in Central Turkey covering the cities Kayseri, Nevsehir, Aksaray, and Nigde. The history of Cappadocia goes back to Bronze Age and from The Hittites, Phrygians, Persians, Romans, Seljuks, and Ottomans ruled the territory till Modern Turkey is found.

Cappadocia is located in a very strategic position right in the middle of Asia Minor, so this made life harder for the inhabitants in this geography and they sought ways to protect themselves. They found a way to hide themselves thanks to the nature of the volcanic stones spread all around. They started to carve caverns not to be noticed by the strangers and started to live inside these dwellings. As the years pass by, the houses become bigger and connected to each other, they carried water, stored food, and even built temples to worship in these underground cities. This became quite common in the region and more than 40 underground cities are discovered. Some of them date back to the Pre-Christian Era and only six cities remain open for touristic visits now.

The cities offered every need of the society as they had to survive underground in case of a threatening attack. The main purpose was to hide from the Roman Soldiers for the Christians, that is why you may witness the early Christianity in the underground churches, chapels, and even monasteries. The underground city was connected to houses on the ground by tunnels and there was a developed ventilation system that made the underground life hassle-free. There are three major popular underground cities among them all to be visited. 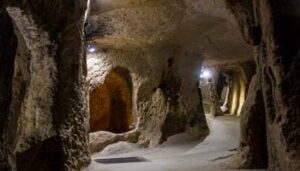 Kaymakli is believed to be one of the biggest underground cities in the region. Although it consists of 8 floors, also 4 of them are open for visits. There are churches and stables on the first 2 floors and kitchen and cellars could be seen on the others. The ventilation system is still in use and could be examined on the fourth floor. Archaeologists believe that nearly 3500 people were living in this underground city.

Like Kaymakli, Derinkuyu also has 8 levels underground. It is known to be the deepest underground city in Cappadocia and has a 55 meters ventilation shaft. This ventilation system provided a stable oxygen ratio for the ones who tried to survive during the rough times. The city itself is accepted as an engineering master because of its structure. There is a lot to be experienced inside such as churches, cellars, stables, wineries, etc. Only less than half of the city is open for visits. As this is the one in the southeast end of the region and one of the most popular one of the underground cities of the area. 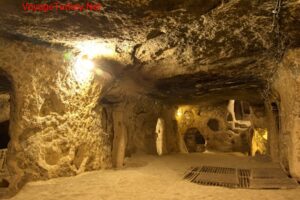 Unlike the others, Ozkonak opened its doors to visitors a decade later in 1972. It is believed that the history of the underground city dates back to 400BC. The underground city is narrower and smaller than the others and it is obvious that the main reason was to protect people from enemies. There are some different patterns in holes that they use to pour boiling oil to enemies at the entrance of the city. Also, there is a prison inside the city which shows us the motive to build the city.

For further information and assistance regarding the tours and places to be visited in Cappadocia, you may always email us.

How to Use High Speed Rail (Fast Train) During My Turkey Tour?

Is St George From Cappadocia?

Should I have a tour guide in Cappadocia?