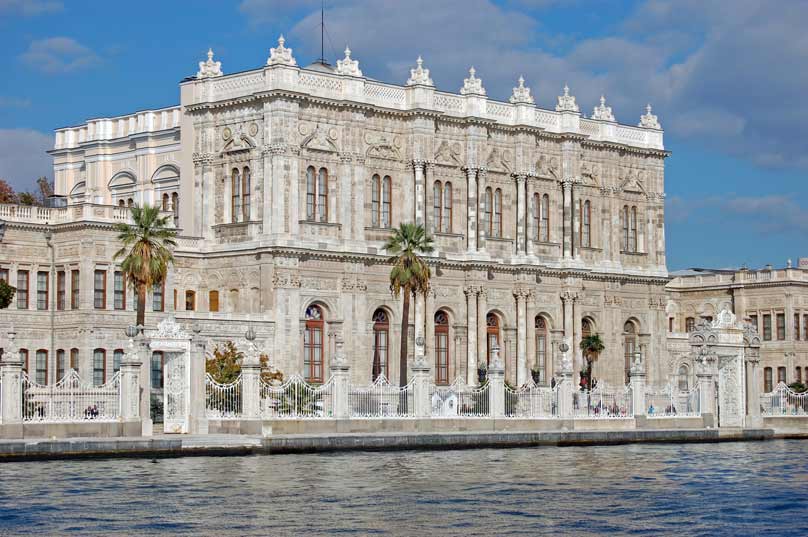 Here is a list of the main Istanbul museums that you can’t miss! With more than 55 museums there is a long list of museums in Istanbul it will be hard to visit them all.

Istanbul is a crossroad for many civilizations and people from all nations. Serving as the bridge between Asia and Europe for centuries it accumulated a lot to exhibit, today the most important relics are displayed in the most astonishing monuments of the city. In this article, we will present you with the most impressive museums of Istanbul with collections from all around Anatolia, the Middle East, Europe, and Balkan countries. Serving as capital not only for Byzantine but also for Ottoman it was the treasure chest of two thousand years for a crowd of emperors, sultans, and elegant people. 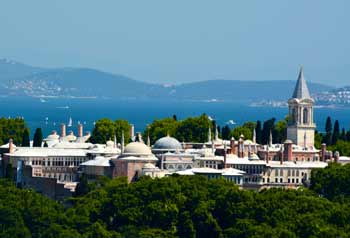 Topkapi Palace Museum was built after the conquest of Istanbul as a sign of a new empire and symbol of the power of the Ottoman. Expansion of the building kept going for centuries according to the needs of the Sultan and palace community. Serving as the administrative government house and residence of Sultan family.

Containing various pavilions, rooms, gardens, and courtyards it’s around 600,000 m’ and named as New Palace previously, then as Topkapi meaning ‘Cannon Gate’ however most known part of the palace is Harem which was inhabited by female members of Sultan family. Sacred Relics are the most important part of the palace for Muslim visitors for pilgrimage purposes. Please remember that it’s closed to visit on Tuesdays. 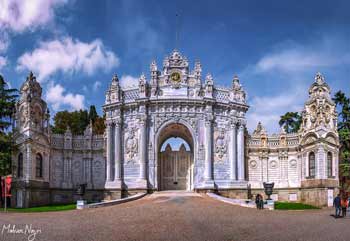 Dolmabahce Palace Museum was the second imperial residence of the Ottoman family and house of reign built for purposes of the Ottoman Renaissance as a symbol of renewal by the Bosphorus Strait.

The architect family of Balyan was responsible for the construction of the modern palace. It’s believed that 35 tonnes of gold were spent on the construction (equal to 1,5 billion USD today). After the collapse of the Ottoman empire palace was listed as a heritage of the new Turkish Republic and served as a presidential residence. Ataturk spent his last days and died in this palace on November 10, 1938, so every year this day is extremely crowded to visit the palace. Please remember that it’s closed to visit on Mondays. 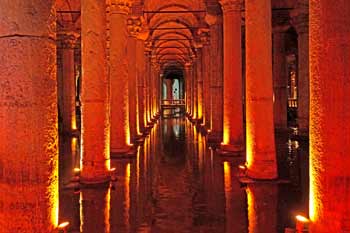 Basilica Cistern Museum is situated just next to Hagia Sophia Museum in the historical peninsula and was built by order of Emperor Justinian as water storage for citizens of the Byzantine capital. The total size of the cistern is about 10,000 m³ and 336 columns hold the ceiling built by water-resisting cement. The Source of water was Belgrad Forest and brought through Valens Aquaduct. Today the most well-known part of the cistern is the Medusa Head which was believed to be the protector of water from evils. 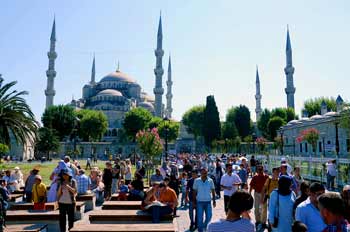 Apart from museums, there are many important monuments describing Istanbul such as Blue Mosque, Suleymaniye Mosque, Grand Bazaar, and Spice Bazaar. These are domes of Istanbul city apart from Istanbul museums however these can be described as open-air museums in Istanbul because these are built for the ordinary people of the city which served the Sultan and contributed to the wealth of reign to build palaces, mosques, and churches which named after them. Today you can see Blue Mosque constructed as a rival to Hagia Sophia, or visit Suleymaniye Mosque as a symbol of the strongest sultan onto the highest hill of the city to make him immortal. 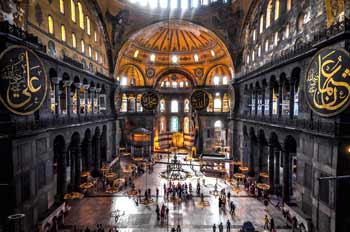 Hagia Sophia Mosque is no longer on the list of Istanbul museums, however is the most well-known symbol of Istanbul, serving as a church for more than a thousand years and mosque approximately six hundred years after the conquest of Constantinople in 1453 by Sultan Mehmet II. It’d been the building with the largest dome built with the order of the emperor and adorned with mosaics describing scenes from Christian history, it was the home of believers as the home of God. Hagia Sophia is the most visited museum of Istanbul by locals and foreigners, please remember that it’s closed to visit on Mondays.

Your tour guide in Istanbul can explain to you all these monuments in detail as they are all experts in their field with constant researches. Please feel free to contact our team for assistance on your next trip to Istanbul.