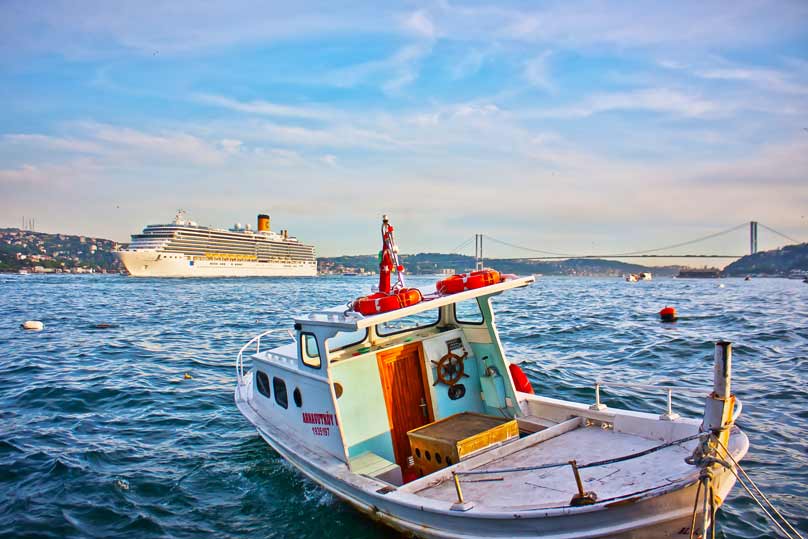 What Is Bosphorus In Istanbul?

The Bosphorus Strait connects the Sea of Marmara with the Black Sea. It is 30 km long and 550 to 3000 m wide. Its depth varies from 36 to 124m in the middle of the Strait. The city of Istanbul is the only city in the world located on two continents, as half of the city is in Europe and the other half in Asia.
This division is made by the Bosphorus Strait, a channel that divides the city in half, connecting the Black Sea to the Sea of Marmara. Taking a boat trip on the Bosphorus is one of the most beautiful and pleasant tours in Istanbul. See this post for more details and a company tip to navigate the channel. 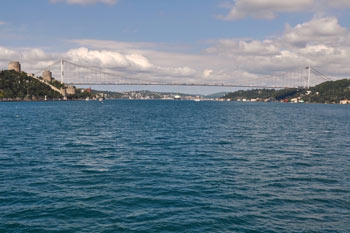 A person who is searching about Istanbul for the first time will have a specific question in his mind; what is Bosphorus?

Bosphorus is the name of the strait in Istanbul connecting the Black Sea with the Marmara Sea and it also separates the Asian continent from Europe. Naturally, it separates Istanbul city itself into two different parts. It was a river thousands of years ago however now it’s a deep strait allowing ships to reach from the Mediterranean to the Black Sea. This makes it one of the most strategic waterways in the world, especially for Russia. 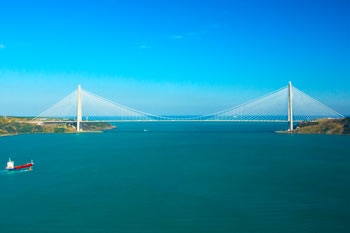 Bosphorus word means ‘passage of cow’ in ancient Thracian language, basstanbul via Dardanelle Strait and from the Asian continent to Europe sailed to settle on Sarayburnu which has a perfect view of Bosphorus. Today you can visit Topkapi Palace with your private Istanbul tour guide to listen to the history of the palace itself and the previous palaces of Constantinople which are plundered or destroyed in time for different reasons such as earthquakes, battles, and invasions. 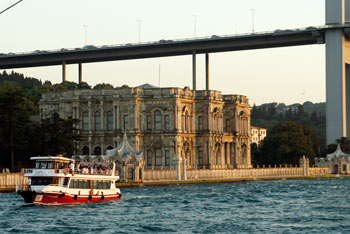 No matter which continent you are in, the beauty of the Bosphorus can be seen from different aspects and mesmerizing you with wonderful palaces, pavilions, fortresses, and three suspension bridges. During your private Istanbul Tour, your guide will explain you history of the area in depth according to your interest and you can enjoy being between continents and sailing by boat, also named as Bosphorus Cruise.

In order to maximize your benefit from your tour, your private guide in Istanbul must be an experienced, licensed guide who has been making tours for long years to tell you the most interesting aspects of the city which you may be interested in. 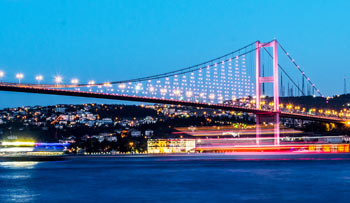 One of the best ways to see the Bosphorus at night is joining a dinner cruise that sails up to the second bridge for a duration of around 3 hours. After having your dinner on the boat between continents, you can enjoy the rest of the night by watching belly dancers and folkloric dances which represent the culture of different regions of Turkey. 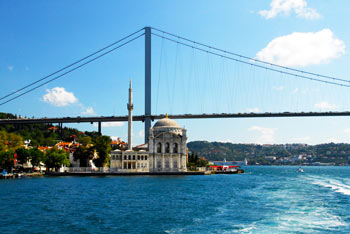 There are three suspension bridges (Bogazici, Fatih Sultan Mehmet, Yavuz Sultan Selim) and a tunnel (Avrasya Tuneli) connecting Asia with Europe. The tunnel offers the chance to travel by car and also Marmaray is the other option for guests willing to use the metro which minimizes the duration of the journey between Uskudar and Sirkeci which is the gate opening to the Historical Peninsula. 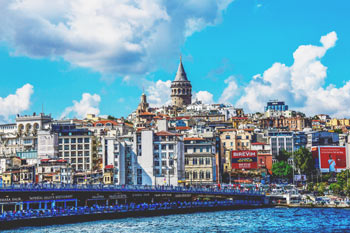 Destinations by the Bosphorus Strait

Karakoy, Ortakoy, Bebek, Kadikoy, Uskudar, Kuzguncuk are among the most popular destinations by the Bosphorus Strait, offering different cultural perspectives to people who would like to experience modern Istanbul. The European continent mostly includes modern structures and famous nightclubs.

On the other hand, the Asian continent can be considered as more cultural which has different kinds of cafe options for non-alcoholic beverages and nargile which can be a good experience for guests who wonder about ‘waterpipe’.

You can have your nargile and Turkish tea in a cafe and watch the beauty of Bosphorus Strait with Maiden’s and Galata Towers in front of you. Hagia Sophia, Topkapi, and Dolmabahce Palaces are just a few other things you can see while you are drinking your Turkish tea or Turkish coffee.