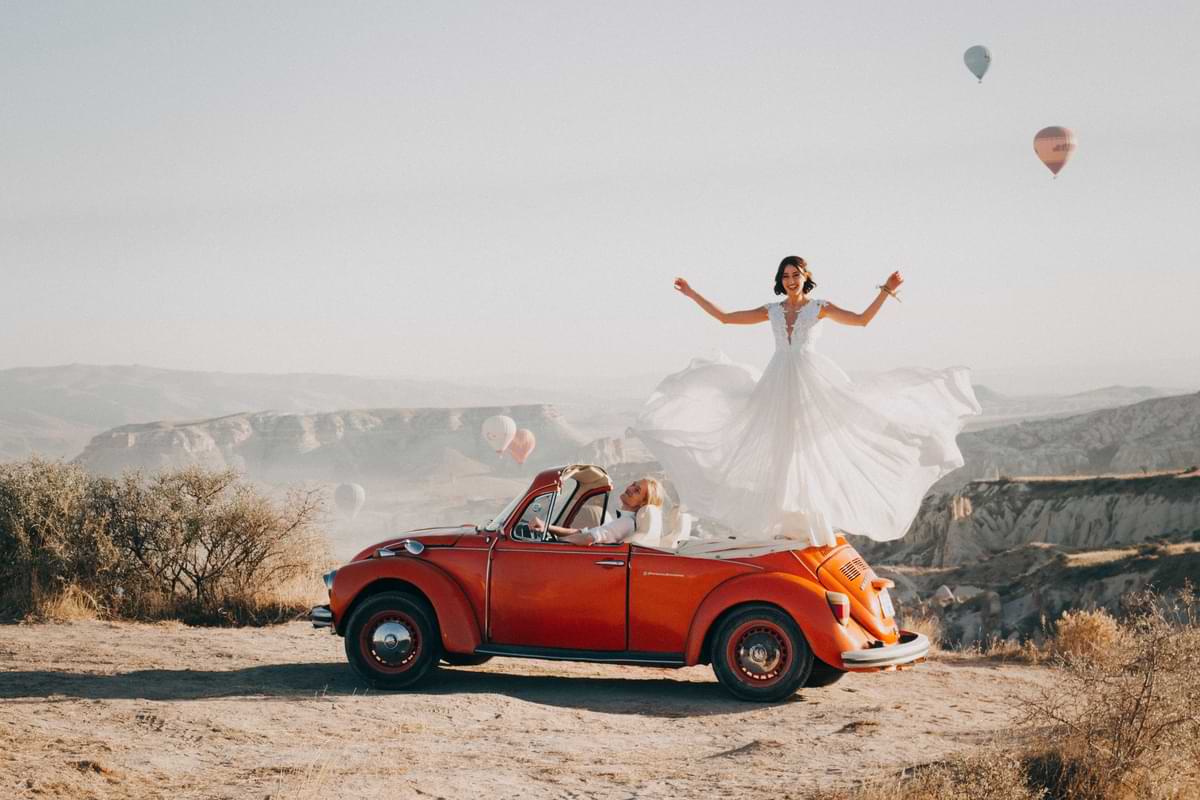 Honeymoon in Cappadocia means staying in those unique cave hotels, mansions or historical houses. Also, going on a romantic cruise against the colorful sky decorated with balloons and sharing happy times together!

Apart from the romantic and mystical atmosphere that Cappadocia offers to couples, one of the most important reasons for being a honeymoon destination is that it’s a vacation region that can be visited in all seasons. All four seasons are beautiful in Cappadocia, where it doesn’t rain much except in May, winters are usually snowy. Of course, it’s something else to enjoy Cappadocia while it’s snowing!

An exotic vacation awaits you with Cappadocia honeymoon, wonderful wines, Cappadocia hot air balloons with fascinating images created as the colorful balloons float in the sky, Cappadocia tour with peaceful nature walks, spa treatments and romantic honeymoon hotels. What else can you do in your honeymoon in Cappadocia?

Things to Do on Honeymoon at Cappadocia

You can spend the first days of your marriage life in the romantic and honeymoon concept cave hotels of Cappadocia. You can make your honeymoon unforgettable by getting on the slowly floating balloons in the first light of the morning, or you can have a nice breakfast in front of the view created by the balloons in the sky. 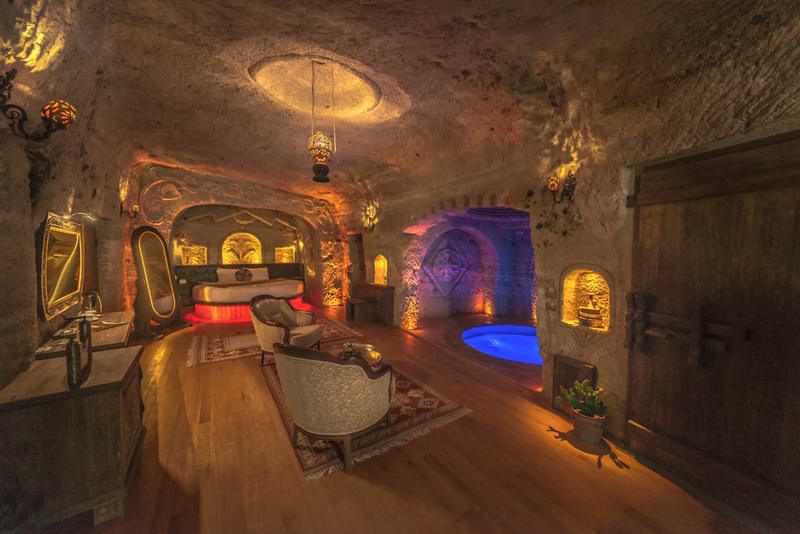 If you make your wedding in spring or autumn, you can come across the best times to spend your honeymoon in Cappadocia. Urgup, Avanos, Uchisar and Goreme. You should definitely visit these places, all of which have different ambiances. You can organize tours to explore fairy chimneys and underground cities. Furthermore, you can also visit the mansion where the popular Turkish TV series Asmali Konak was filmed. 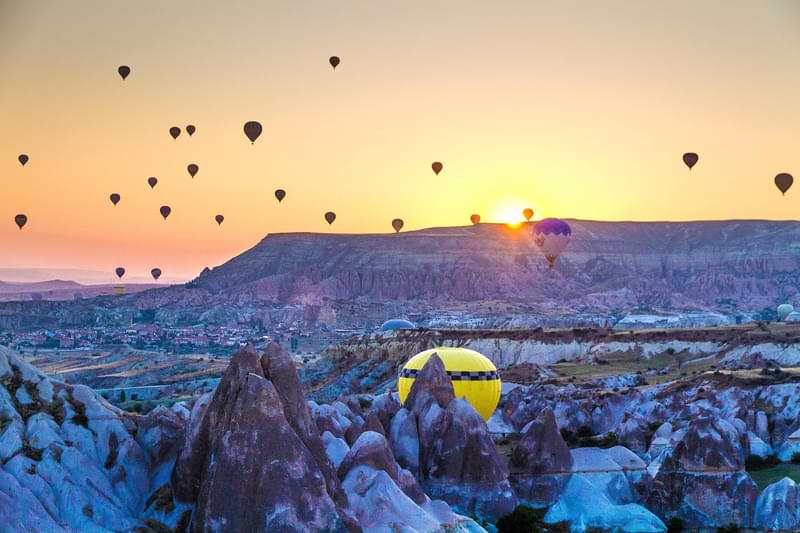 You can have romantic dinners accompanied by delicious wines of the region. If you are in search of nightlife to have fun after reaching the romance you are looking for on your honeymoon, you will encounter many options. Especially in winter, there is not much to do in regions such as Antalya and Marmaris, while the honeymoon hotels in Cappadocia offer a much more magical experience to the guests.

Avanos is famous with its unique pottery and pottery masters. The region, which is very rich in red soils with tuff, was therefore instrumental in the emergence of the potter’s art. If you wonder how Nevsehir Avanos pottery is made, you should definitely go to the mud lathe and meet the mud. 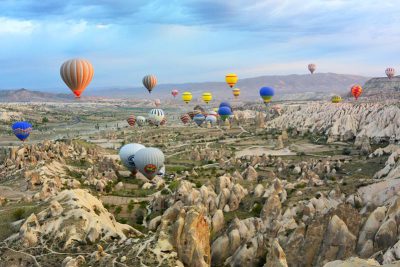 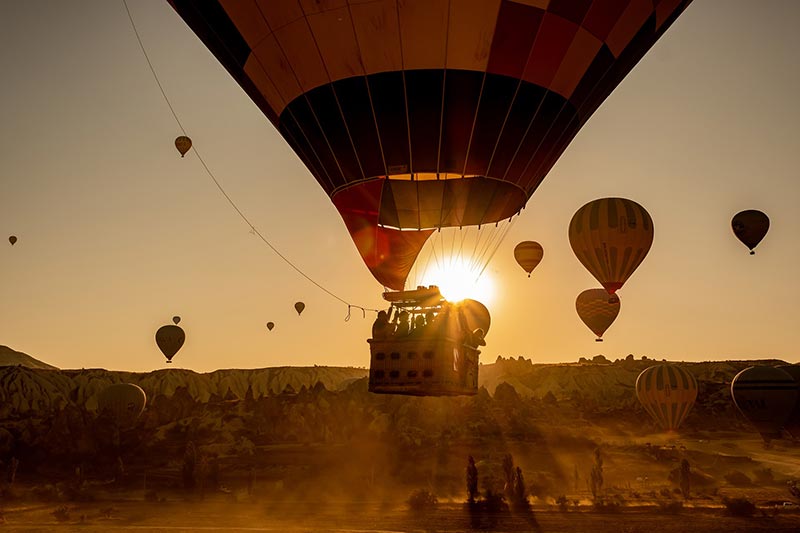 Let us remind those who want to see the unique texture of valley from the sky, that they should set their clocks early in the morning. Because balloons are hot air balloons and flight cannot be made as the air heats up.

Are you ready to have your feet swept off the ground? Or to look down on that familiar world a little, to mingle with the clouds and say, ‘I wonder if I can hold it?’ But to experience this not in an airplane seat departing from the airport, but in a balloon whose route is determined by the wind. Moreover, on the top of a paradise, while the Kizilirmak flows, fairy chimneys wait for a new day, from where they stand for a million years. We are talking about the Cappadocia balloon tour. Because, the sky falling to Cappadocia’s share is the most beautiful sky in the world. Cappadocia hot air balloon tour will perhaps be one of the most beautiful adventures you will experience in your life. 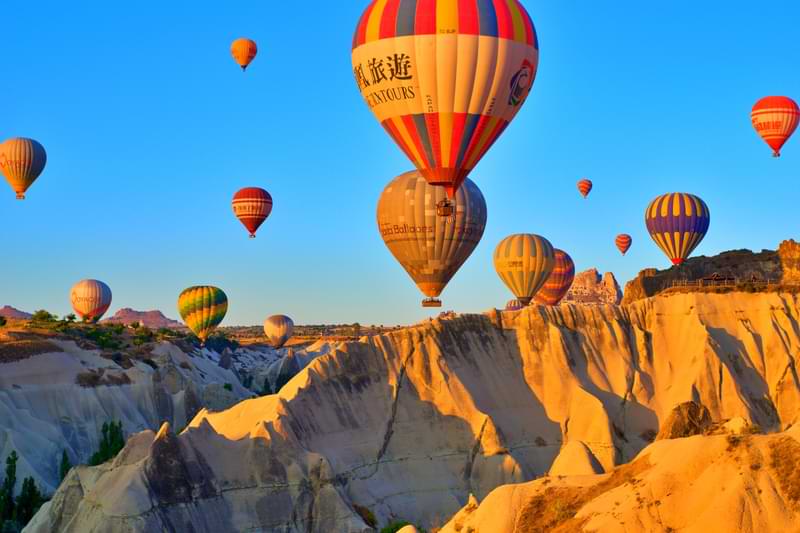 Even if a honeymoon holiday means resting, eating romantic meals, walking hand in hand and having a peaceful holiday, it is impossible to come to Cappadocia and not have a look around. Now you know what you need to visit and do for unforgettable moments on your honeymoon in Cappadocia. 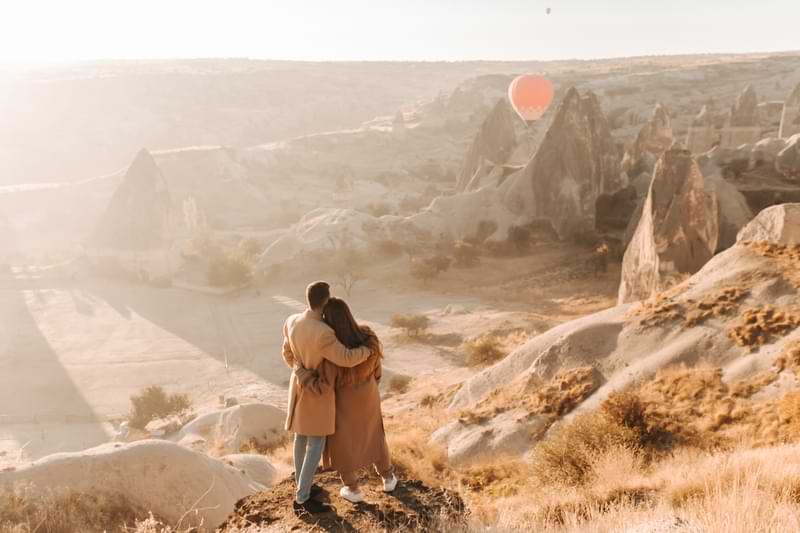 As Guided Istanbul Tours, we operate not only best-seller tours of Istanbul, but also provide private Cappadocia Tours. Moreover, combineable all torusitic cities of Turkey as your wish. To plan your honeymoon in Cappadocia, don’t hesitate to contact our travel consultants.