Most important archaeological sites in Turkey is listed in our travel article to inform our guest and archeo enthusiasts who would love to visit Turkey with families and discover magnificent structures and prehistoric relics. 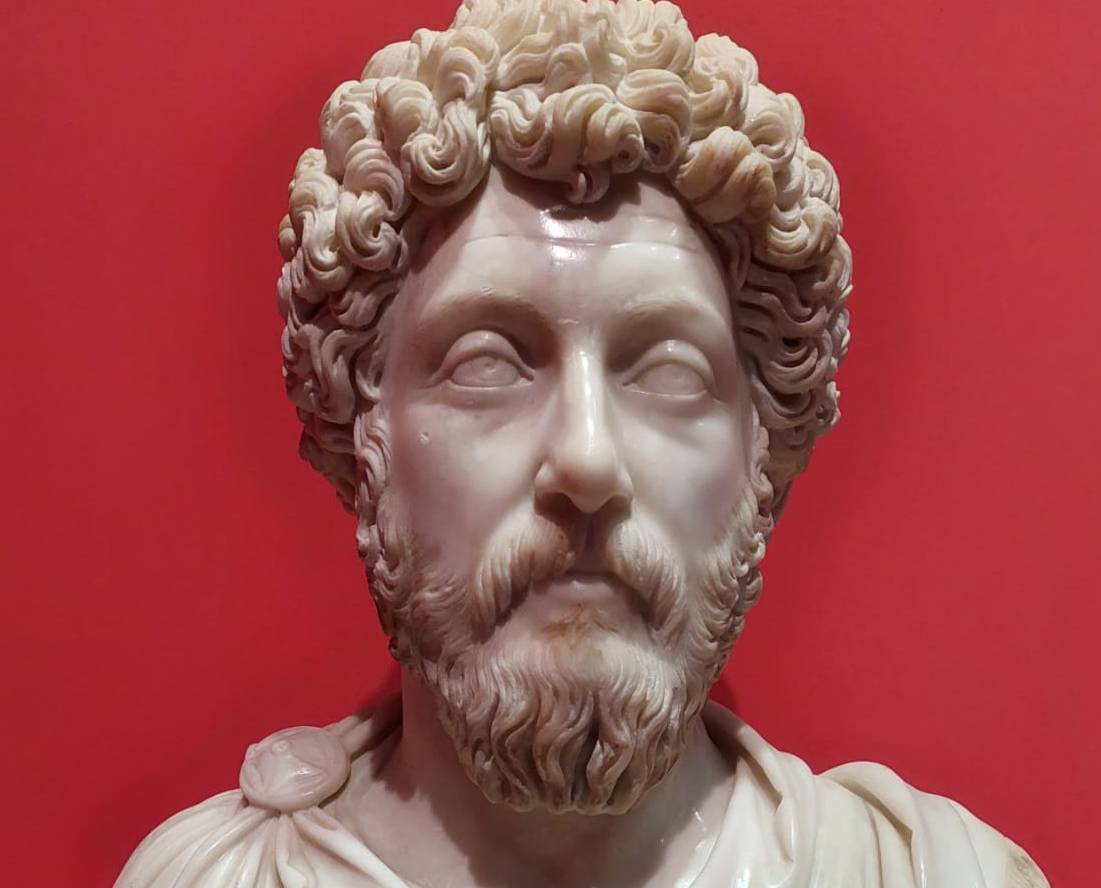 Most Important Archaeological Sites in Turkey

Turkey is one of the key destinations of archaeology located in the South West of the Asian continent which covers Mesopotamia, the birthplace of civilizations, tamed animals, and plants. Right after the appearance of the first mass production of food sources, humans started founding villages, towns, cities, and countries. Here we list some of the most famous, must-visit archaeological sites of Turkey. 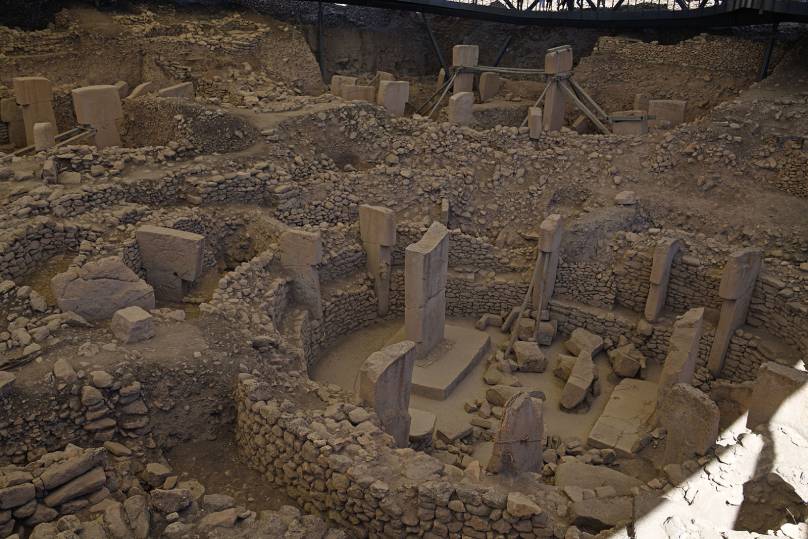 A Neolithic sanctuary near Sanliurfa, experts believe that Gobeklitepe is one of the oldest man-made religious structures. Gobeklitepe is one of the most important archaeological finds ever and has been described as changing the face of human history. Come to this small hilltop pit of ringed megaliths to witness our earliest cultural beginning. Gobeklitepe was only discovered in the 1960s and in 2018 was designated a UNESCO World Heritage Site.

Excavation began in 1995, with findings illustrating that Gobeklitepe dates back to the 10th–8th millennium BCE – that’s 12.000 years ago. Believed to be the first Temple of the world, Gobeklitepe is one of the world’s oldest religious structures. The limestone pillars that stand on the top of a mountain ridge are decorated with reliefs of animals and abstract pictograms.

The site features a quarry, pillars with distinct carvings, engravings, and sculptures, believed to make up a large temple complex of possibly 20 separate temples. Gobeklitepe’s Neolithic megaliths are still being excavated (only 5% of the site has so far been unearthed), and you can see the archeologists’ finds—from pillars carved with ancient animal motifs to hieroglyphic inscriptions older even than the Sumerians‘. 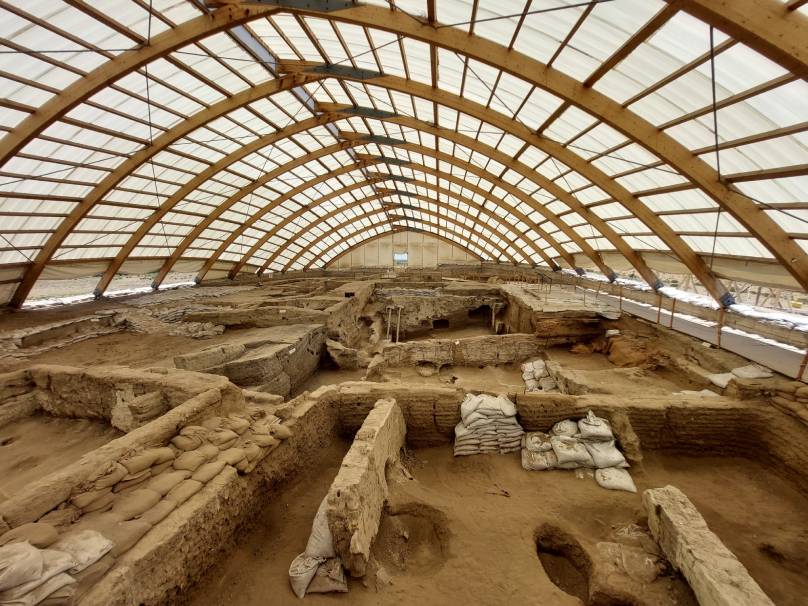 Catalhoyuk is one of Turkey’s oldest structures and features beautiful rock paintings and carvings dating back to the Neolithic period in Anatolia. This site was only discovered in the 1950s and excavations are still ongoing to enable us to understand more about the structure and its role. Catalhoyuk is located near the east of Konya city. It is one of Turkey’s most prominent archaeological sites at the moment.

Due to its large size and its beautiful wall paintings, the site became world-famous when discovered as one of the first villages of mankind to protect themselves from wild animals and nature.
You can check our Private Konya Tour from Istanbul here in the link and customize the itinerary for Catalhoyuk Neolithic Village. 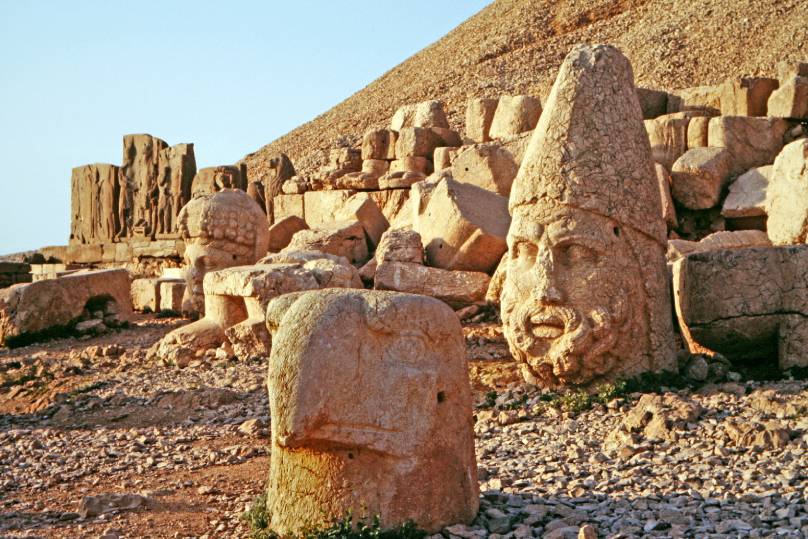 Mount Nemrut sits within Nemrut Dagi National Park and gives you a chance to watch one of the most beautiful views of the sunrise and sunset in Turkey. It’s on UNESCO’s World Heritage List, the mountain is 5-meter-high and 150-meter-wide tumulus and giant structures belonging to the Kingdom of Commagene, located on the heights of a mountain at an altitude of 2,206 meters (8,372 feet) and hosts thousands of visitors every year to see sunrise and sunset over Mesopotamia.

Mt Nemrut is one of the most fascinating and impressive archaeological sites in Turkey. Built-in the Hellenistic period, by King Antiochus I of Commagene, Mt Nemrut is a Hierothesion, that is a temple-tomb and house of the Gods, which Antiochos built to honor himself in life and in death. This personal funerary monument is called ‘throne of the gods’ and features statues of a lion and eagle, believed to be guardians of the site, in addition to statues of deities and inscriptions that depict Antiochos ancestral lineage and legends that stem from both Greek and Persian roots.

Located in eastern Anatolia, Mt Nemrut is an unmissable archaeological site. Independent travelers generally use Kahta, Adiyaman or the scatter of pensions and hotels in the village of Karadut (on the mountain itself) as their base.
Please feel free to contact us for creating a private tour for your interest on Mount Nemrut according to your preference of watching Sunrise or Sunset. 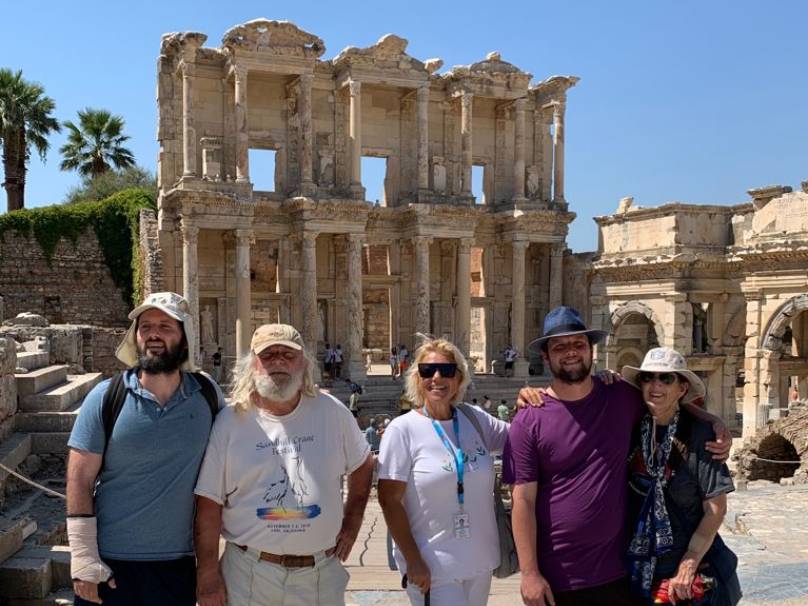 Definitely one of the most well-known archaeological sites for visitors to Turkey, Ephesus stands near the city of Selcuk in Izmir by the Aegean Sea. Ephesus was the Roman capital of Asia Minor, one of the world’s best-preserved classical-era cities. Ephesus’ population thrived during the Roman period around the 1st century BC when it was one of the largest cities in the Mediterranean.

It was home to over a quarter of a million people—from slave traders to saints—at its peak between 1 AD and 2 AD. Ephesus was the most important city in the Roman Empire outside of Rome.

The capital of Asia Minor was a wealthy, prosperous, and highly educated city. It is believed to be the birthplace of Greek philosophy. The site of the Temple of the Artemis, which was one of the Seven Wonders of the Ancient World, 150 years of excavations at Ephesus have revealed the most complete Greco-Roman classical city on Earth.

Adorned with structures of Library of Celsus, expansive amphitheater, Temple of Artemis, a 1400-seat Odeon, fresco-decorated terraced houses, and key points of Christian history, it is not a coincidence it was just added to the list of UNESCO World Heritage Sites. It is a crucial port city and cultural and commercial center at all stages of its history, which started from the prehistoric period and was inhabited uninterruptedly throughout the Ionian, Hellenistic, Roman, Seljuk, and Ottoman periods.

You can check our private Ephesus Tour from Istanbul here at the link.

Best Places In Turkey For Instagrammers

What is The Turkish Hat?