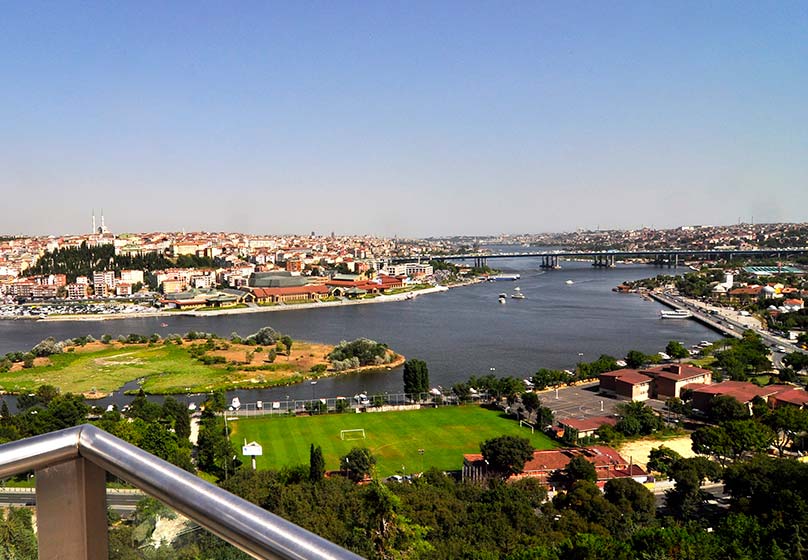 Places for the Best View of Istanbul

Thanks to the geographical structure and the immense size of the beautiful city, there are many spots from above where you can enjoy the breathtaking views of Istanbul. Istanbul stands on seven hills, these seven hills cause difficulties regarding city planning and transportation facilities, however, they set natural watch decks for the ones who like to experience the city in the most picturesque way. In this article, we tried to sum up the places for the best view of Istanbul during your visits here. 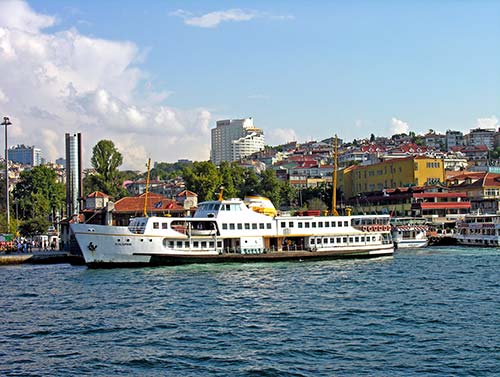 The Little Camlica Hill, which is located on the Asian Side and hosts the tower now, was full of  TV and radio antennas for analog stream. With the big difference in the broadcast due to the developing technology, the need for such transmitters is limited now and the internet is the main source for the streams.

To get rid of the unpleasant look of the standing antennas, a tower is built on the very same hill, the view turned to something much nicer and the tower still carries the same function the antennas used to do.The construction is finished in September 2020 and the tower is opened last week on May 29th, 2021. The government spent 170 million Turkish Liras(20 million USD) in order to open this multi-functional facility. Besides the antenna, the building has a restaurant and a watch terrace on the top floors.

The tower is the tallest building in Istanbul now, has a height of 365m from the ground and 587m from sea level. The upper 145m is the antenna that continues the stream of the radios. 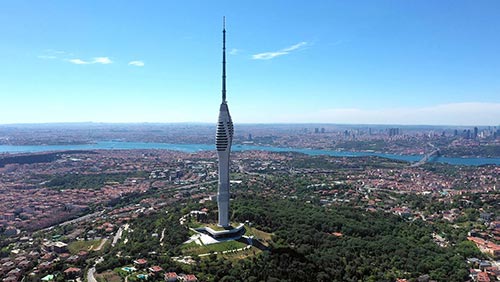 There is an admission of 60 Liras(7 USD) to climb to the panoramic deck and there is a chance to enjoy the delicacies that the Turkish Cuisine offers at the restaurant. Please note that the tower is closed on Sundays.

Till the Camlica Tower is built and opened, Sapphire Shopping Mall was first the place that attracted tourists because of its view and convenient location. Sapphire is located on the European side of Istanbul and quite accessible with public transportation. To climb to the observation deck you should pay a fee of 55 Liras for adults and 45 Liras for children.

The Sapphire Shopping Mall is a nice alternative for shopping day this way as it offers one of the best views from its terrace. Sapphire also has a broadish playground for children which may sound favorable this way for larger families. 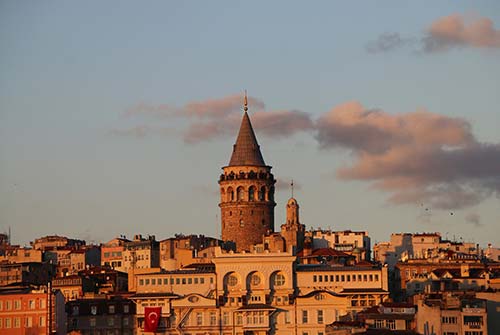 Galata Tower in Beyoglu was built by Genoese in the 14th century as an element of the city walls and its defense. The tower is 63 meters high and overlooks the Bosphorus and Golden Horn. Later on, the tower was used as a property of the fire department to detect fires and the navy to watch the Bosphorus.

It is restored and opened for public visits in 1967. Since then, it became a haunt for the tourists as the view from the tower is stunning. Also, the round trip terrace offers 360 degrees view of beautiful Istanbul and an opportunity to shoot the best of it. Admission is paid to take the elevator up, which is 30 Liras(4 USD). There is also a restaurant on top where you may have breakfast, lunch or dinner.

The tower hosts exhibitions and there is a museum inside. On summer days, Galata Tower is open till midnight, whereas it closes by 8 pm in winter. 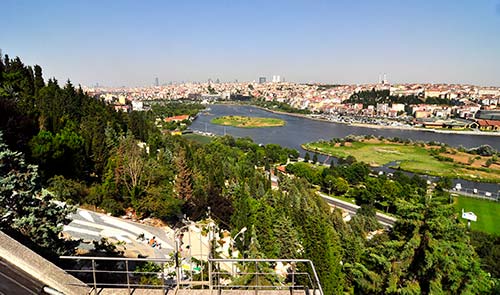 The Pierre Loti Hill is the best place to spectate the Golden Horn. The hill and the cafe on top are named Pierre Loti as he was a regular customer of the very cafe during the years that he wrote his novel ’Aziyade’. This neighborhood is preserved as an authentic Ottoman settlement and besides the cafe, there is much to see in the surrounding like tombs and a cistern.

The placement also hosts a proper hotel with good facilities. You may take a walk up to the top by walking along with the historic cemetery or take the cable car which offers a nice experience as well. To reach the skirts to get the cable car, you may either take a boat from the old city for a ride on the Golden Horn or there is a tram you could catch which runs frequently along the coast. 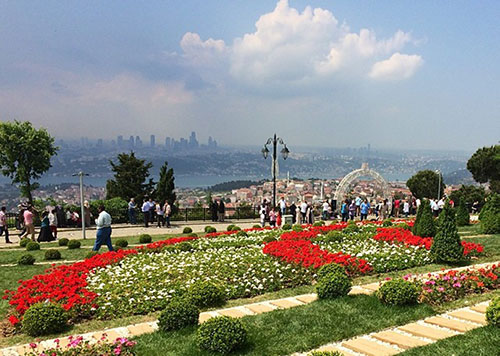 Camlica Hill (aka Big Camlica Hill) was very popular among the locals and tourists before the Tower is built on the Little Camlica Hill that is close by. The Hill is a greenfield that offers a very nice view overlooking the southern part of the Bosphorus Strait and bridges on the Bosphorus.

The area is quite large and has facilities inside like cafes, restaurants, walking routes, monumental trees, sports fields and playgrounds for children. The hill is 267 meters high from sea level and one of the highest points in the city. To get to Camlica Hill, you may take a ferry to cross to Uskudar on the Asian Side, then a public bus that climbs to the hill. 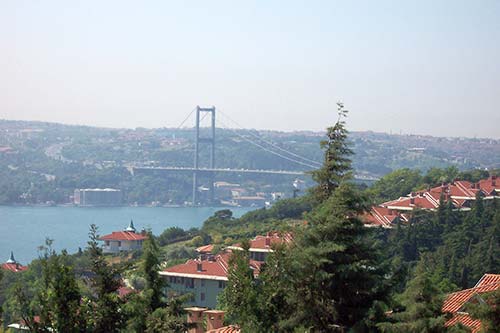 Ulus Park is located on the European Side of the city between the elder two bridges on the Bosphorus. The Ulus Park  offers one of the best views of the Strait and attracts locals and tourists all year long. Especially at the weekends, the Ulus Park is always crowded from the morning to the night as the cafes and restaurants inside the park are very reputable and popular among the upper class of the city. Public transportation is available but not very convenient to get to Ulus Park because of the heavy traffic.

Besides the stated locations, there are many other places that you could have fantastic views of the Istabul city. If you are interested in watching the town from the most beautiful aspect, you may contact us to figure out the possible Istanbul tour routes. We would be glad to assist you regarding your experiences here.

Best Places In Turkey For Instagrammers