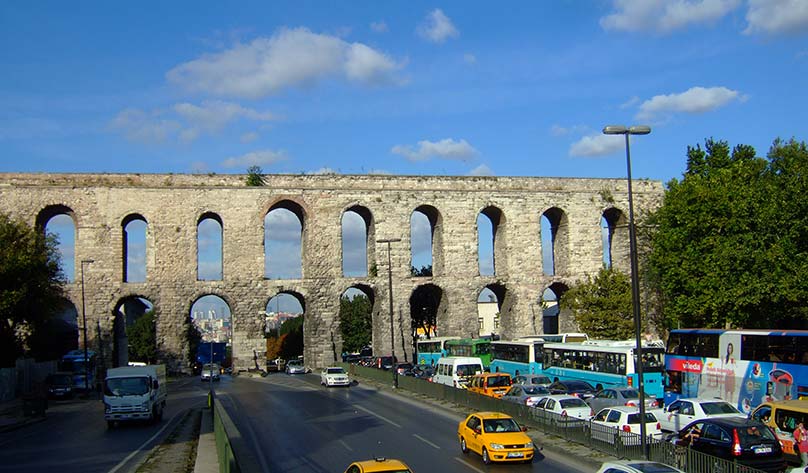 Istanbul is not an ordinary city but an open-air museum that displays the artifacts of its abundant history that dates back to 400000 years ago. Water was always important for civilizations, was even more important for residents of Istanbul as the city is divided by a strait, has coasted to Marmara and Karadeniz Sea and is indeed very rich with freshwater sources. This made citizens spend so much time with water and the constructions that are related to water, in order to supply, carry and store it in the most convenient way. These structures were not only necessary and utile but also were pieces of artwork in an architectural way that has visual impacts. 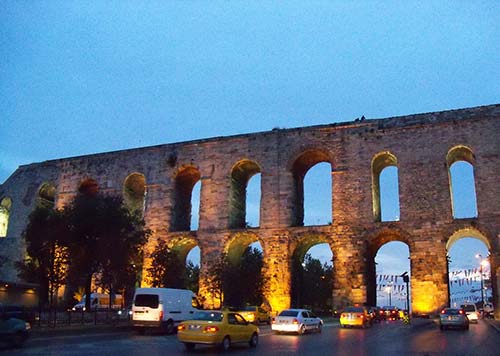 Still, most of these aqueducts, dams, fountains, cisterns and hammams are in very good shape, moreover, some of them continue serving after all these years. Aqueducts of Istanbul are the most interesting buildings which also could be noticed in daily life and have a nice touch in the city’s historical look with all the other monuments. Istanbul’s aqueducts that are built by Romans are the longest of the Roman Empire has ever built, it is almost three times longer than the second one which is in Carthage, Tunisia. The construction was started in the 2nd century in the times of Hadrianus. After the conquest of Istanbul, Ottomans repaired the destructed ones and built many more what made Istanbul the wealthiest city in the aspect of aqueducts and other water-related constructions in the World, out of the argument. Here are some of the aqueducts to visit in Istanbul during your time in this glamourous city. 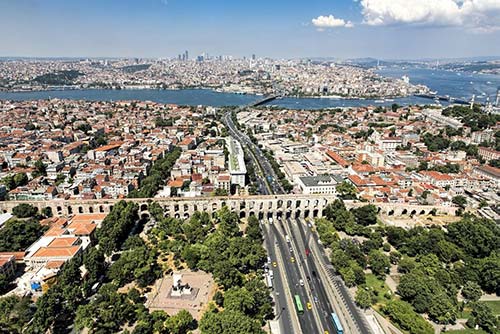 This is the eldest aqueduct in the inner city and most probably the most famous one. It was built in the late 4th century AD by Constantinus. Only 50 meters of the original length is destroyed and more than 900 meters are still standing. Valens aqueduct was part of the immense water carriage system in Byzance which was bringing water from 75 miles away from the city center. 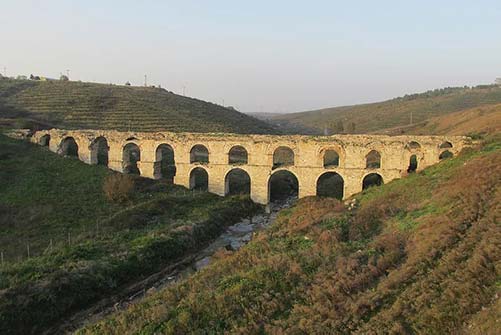 Located 15 kilometers away from the Valens Aqueduct, Mazulkemer Aqueduct is thought to be the first aqueduct that is built to carry water from the Halkali region. The structure of the aqueducts is visibly different than the others that are built by Ottoman in the Halkali region, thus it is believed that the aqueduct was later repaired by ottomans and continued to be used in the water system during the years of the Ottoman Empire. The water that is brought to the city was used to be stored in the Basilica (Yerebatan) Cistern and the Philoxenos (Binbirdirek) Cistern. 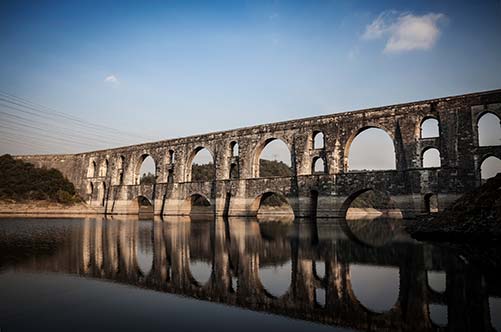 Maglova (Muallakemer) is obviously the most beautiful aqueduct among them all in terms of the architecture and the scenery that it forms. It was built by the famous Ottoman architect Sinan between the years 1554-1562 as an important part of the Kirkcesme Water Facility on the Ali Bey River. The aqueduct is a two-story building with 33 arches, it has a pedestrian passage on the top and is 260 meters long. It unites the two sides of the river which creates an amazing picturesque view. What is unlucky about Maglova is the dam that almost covered the structure. Now, the superbness is partially visible and the aqueduct is in danger of perishing. 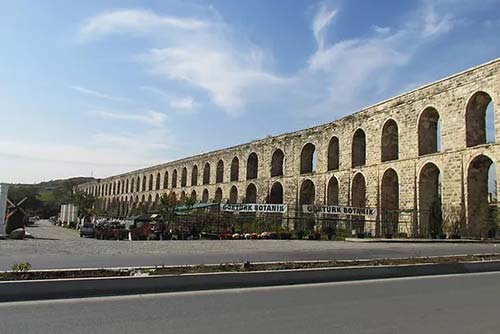 Uzun Aqueduct was constructed over the ruins of Byzantium waterways in the North of Kemerburgaz Forest and is the longest aqueduct that survived till today in one piece. It is part of the Kirkcesme Water Facility, which was completed by Mimar Sinar in 1564. The aqueduct is 710 meters long and 26 meters in height. The two-story aqueduct has 97 arches, the ones on the second floor are considerably smaller than the others. 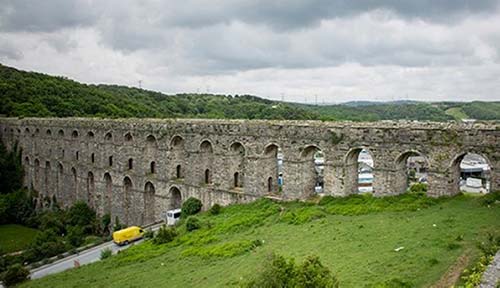 Like Maglova and Uzunkemer, Egri Aqueduct is finished in the 1560s and built by Architect Sinan. What makes Egri Kemer so special is the shape that makes a 90 degrees curve. This is also the reason that the aqueduct is called so. Even it is located in the Kemerburgaz Forest, Kovuk Aqueduct is quite accessible because of the motorway passing underneath to ease the transportation to the bottling facilities neighboring the structure. However, this factory prevents people from visiting the aqueduct all along. 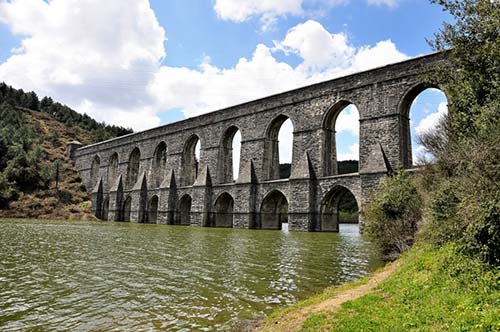 This splendid aqueduct is also a part of the Kirkcesme Water Facility, which is built by the order of Magnificent Suleiman as the water supplies built by the Byzantium were not enough for the increasing population over these years. The Gozluce Aqueduct is located over the Cebeci Stream, it was built by Architect Sinan in a skillful way to resist the running water. The aqueduct is nearly 30 meters tall, the bottom has 5.4 meters thickness while the top is only 2.6 meters wide. This peculiarity makes the Guzelcekemer stand for ages even it lastly is in the middle of the Alibeykoy Dam.

All of these major aqueducts and many more were used to carry and store the water in the cisterns in the city. The cisterns are as fascinating as the aqueducts and should be visited during your Istanbul tour. From these cisterns, the water is directed to hammams and fountains all over the town which mostly are active even they do not use the provided water from the cisterns. 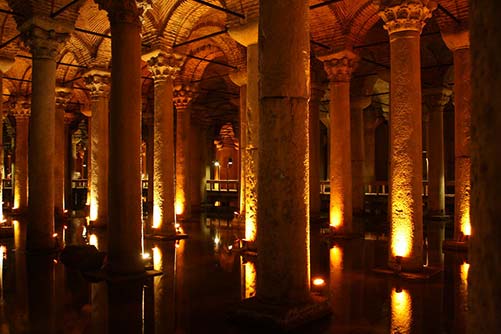 As stated at the beginning, these aqueducts are mostly outside the city center and require time and facilities to visit them. If you are interested in that specific sphere of history, Guided Istanbul Tours will be at your service to offer the best experience with our skilled guides and transportation utilities.

All you need to know about Bosphorus Tours & Cruises