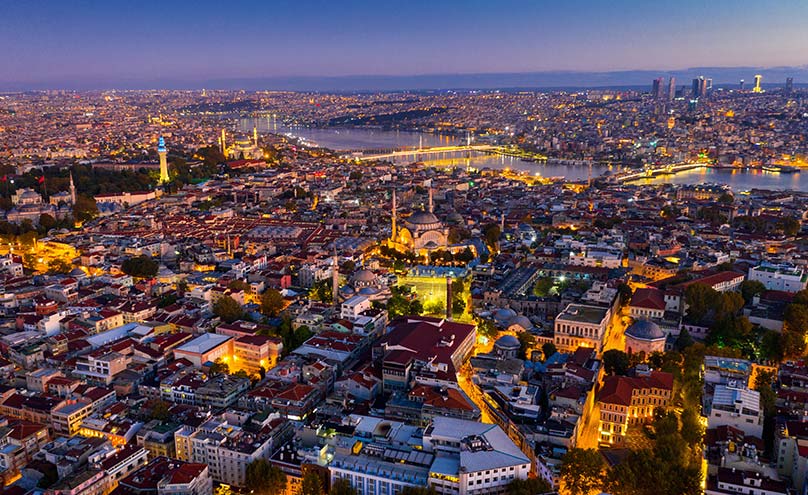 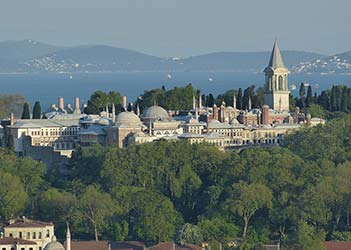 Before their visit, most of the travelers’ first question is “Which Palaces Can I Visit In Istanbul ?” This city is one of the most popular destinations for tourists and attracts millions of visitors every year. The city has such a rich history and the artifacts from both Ottoman and Byzantium Empires are spread all over the central town.

Despite the majority of the Byzantium monuments being wrecked and ruined, almost all of the Ottoman Heritage standstill and properly renovated. Being mostly constructed in late Ottoman Times besides the Topkapi Palace, the Ottoman Palaces and Pavilions are in very good shape and fascinate people as they all are turned into museums and open for visits. Just the Ciragan palace is converted into a hotel after lying idle for many years since the great fire that nearly destroyed it. The Palaces and Pavilions are generally located along the Bosphorus as the main motive was to reside in the summertime and welcome guests in the great ambiance of the Strait.

As they are numerous, the architecture and details of every inch of them deserve attention, visiting all of the palaces in one of two days is never enough. So, we underline the characteristics and importance of every single structure to give you an idea about where to start. Here are the palaces in Istanbul that are open for visitors. 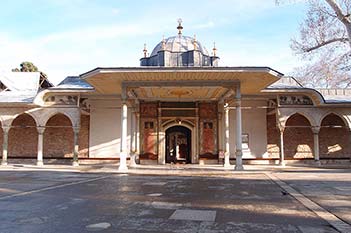 Topkapi Palace is the most important among the others as it was built after the conquest, witnessed the most glorious times, and served the dynasty for centuries even it has lost popularity in the 19th century as the Sultans preferred to move to the new palaces. But the Topkapi remained as the main governmental base hosting the treasury till the Ottoman Empire collapsed. Thus, Topkapi Palace is still the richest museum where the life of the sultans’ is displayed.

It is located in the old city, Sultanahmet, and erected over the relics of the Byzantium Palace. It consists of different sections and admission is required to visit each one. Harem and Treasure parts are the most popular ones to see, and especially sacred relics attract Muslims from all over the World. Topkapi Palace is open all week except Tuesdays. You may consider booking our Istanbul Classics You Can’t Miss tour to have extended information about Topkapi Palace. 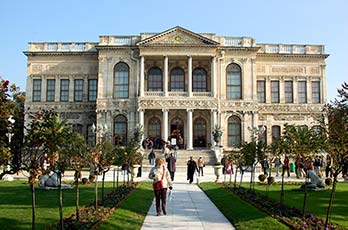 In the 19th century, Topkapi Palace was already dated and old-fashioned, so Ottoman Sultans were looking to build a modern, western palace in order not to be humiliated in the eyes of Europe. That is obviously the reason that the Dolmabahce Palace is the biggest one in Turkey and the abundance of the palace is still apparent and breathtaking. Sultan Abdul Mecid ordered the famous Ottoman architect Garabet Baylan to build a neo-baroque monoblock palace to cope with the ones in Europe and spent 35 tons of gold which is equal to more or less 1.5 billion US dollars.

Such an expense led to a great palace which has 285 rooms, 46 halls, and 6 Turkish baths in an area of 45000 square meters. After the Turkish Republic is declared, Mustafa Kemal Ataturk resided in the palace during his visits to Istanbul, he also spent his last days here before he passed away on November 10, 1938. Monday is the only day that Dolmabahce Palace, which is turned into a museum, is closed for visits. Istanbul Jewels You Can’t-Miss tour gives you an option to discover this great piece of art. 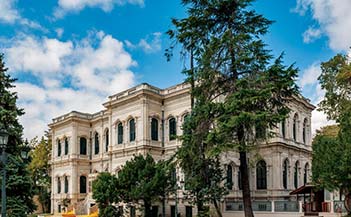 After the Dolmabahce Palace is built, the sultans were no longer residing in the Topkapi Palace and Dolmabahce was the main administrative building. However, in the late 19th century Sultan Abdulhamid II, was afraid of the riots and vulnerability of the Dolmabahce Palace as it was easily accessible from Bosphorus Strait, so he decided to make a move towards the hills to the Yildiz area.

There was a single building in the forest built for the Mother of Selim III, Abdulhamid II decided to build some other structures to form a complex in the woods. Then he lived in this complex where he thought was much safer between 1876 and 1909. The palace is under renovation for long years and once the works are over, Yildiz Palace, Sale Kiosk, Malta Kiosk, and Cadir Kiosk will be open again for visits. 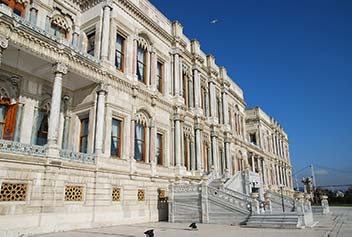 Like many beautiful mansions and pavilions along the Bosphorus, Ciragan Palace was mostly destroyed by the great fire that it suffered in 1910. It was built over a former wooden palace in 1871 by the Ottoman architect Sarkis Balyan. The construction lasted 4 years and 4 million Ottoman golds were spent to build the glamorous palace with every single detail.

Ciragan Palace had hosted Sultan Abdulaziz for a very short time before he moved to Dolmabahce Palace, then years after the building was used as the House of Ottoman Parliament after the Second Constitutional Monarchy is announced. In 1910, just after two months the Parliament opened, the palace is destroyed by fire and only the outer walls remained from the catastrophe. The open area was used as a soccer field for decades before the relics of the palace are reconstructed to build a hotel. The palace is still used as a luxurious hotel. 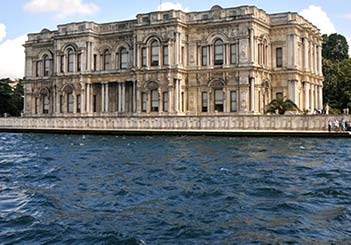 Beylerbeyi Palace is located in Uskudar, Asian Part, is also a complex which includes a main(summer) palace and a few other extensions. It was used mainly for summer vacations as guesthouses for international visitors. It was built in 1865 to replace Abdulmecid’s former house by Sultan Abdulaziz. It is much smaller in comparison to other palaces but still merits a visit during a Bosphorus Trip. 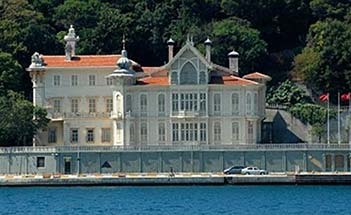 There are many pavilions from Ottomans that are built and decorated with a very good taste preserved till today and opened to the public as a museum. These pavilions are constructed as rest houses serving different members of the Ottoman Dynasty. The most famous ones are Kucuksu Pavilion which is located by the Bosphorus Strait and open for visits, Hidiv Pavilion that is in woods in Beykoz and acts as a restaurant now, Maslak Pavilion that was used as a hunting house, and Huber Mansion in Tarabya which still is used as a government house by the president of Turkey.

Huber Mansion is the only property that is closed to the public besides other pavilions.
To have further information, documentation regarding the palaces and pavilions of Istanbul, you may visit the website of the Directorate of National Palaces. Visiting hours and admissions to be applied are updated on a regular basis, extensive information could be found for each property. Meanwhile, if you are interested in a guided trip to see as much as you can about the Ottoman palaces and pavilions, we may organize a private guided tour for you or we may amend your layover tour to help you experience the best of the palaces.

Why Travel To Istanbul?