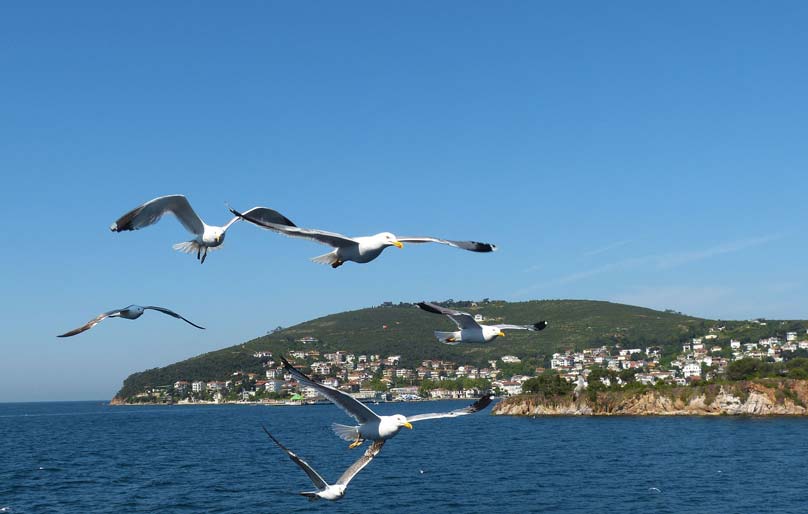 How To Get To Princes’ Islands

The Princes Islands are the nine islands in the Marmara Sea which are only a short distance away from Istanbul, located close to the Asian Side of the city. Mostly, only the major four, Buyukada(Prinkipo), Heybeliada(Halki), Burgazada(Antigoni), and Kinaliada(Proti), are known, even by the locals. The reason that the island is called ‘Princes’ dates back to Byzantine times, that is why each island holds a Greek name as well. The islands hosted many unruly princes, were exile destinations to keep them away from the throne for long years.

The islands still symbolize the rural atmosphere within reach of chaotic Istanbul and are destinations for short runaways. Princes Islands Tours is one of the few most popular attractions for tourists, especially in the summertime.

There are only five islands with residents and there is another still under construction called Yassiada(Plati), which was used to imprison the targets of the coup d’etat that happened in 1960. The Island will be used as a huge convention center when the process is over, and it will become the sixth residential island. Besides the biggest four, Sedef Adasi(Antirovithos) is the fifth where people reside like a closed community as visitors are not allowed to the zone where the local’s villas are. They only could stick with the beach and the restaurant along the pier.

Sivriada(Oxia), Tavsanadasi(Neandros) and Vordonos Adasi(Vordonosi) are the islands that are not accessible by public transportation and where the wild life goes on. From the biggest to smallest, the residential islands are called, Buyukada, Heybeliada, Burgazada and Kinaliada.

Buyukada (Prinkipos) is the biggest of the Princes’ Islands with about, 6500 constant habitants. This number goes up to, 40000 in the summertime as the mansions are mostly used as summer houses. Hagia Yorgi Greek Orthodox Church and Monastery on the top is the landmark for Buyukada which you should climb like every other visitor. Agios Dimitrios Church and the Hamidiye Mosque are the other places that you shall not miss while visiting the island.

Buyukada is quite popular with the beautiful houses where the bourgeoisie of Istanbul lived for ages. In addition to all, the island hosts the biggest wooden building in Europe and the second in the World. Prinkipo Greek Orthodox Orphanage deserves a visit even it has fallen into ruin, however, soon it will be going under reconstruction says the authorities. Another interesting fact about Buyukada is the House of Trotsky. When he is deported from USSR before heading to America where he was assassinated, he spent some years in Buyukada in exile, like the previous princes.

Most of the Princes’ Islands Tours only include Buyukada as there is limited time and Buyukada is larger than the sum of all the other three major islands. 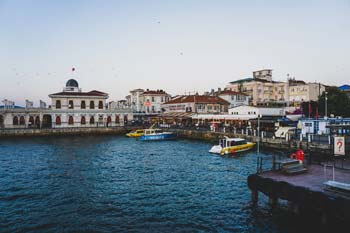 Heybeliada is the second island in acreage and has a population of 3000 people living all year long. In the summertime, the number increases to, 15000 though. The name of the island ‘Halki’ comes from the copper mines that are operated in ancient times. Heybeliada hosts the 11th-century Greek Orthodox Monastery at the top, which attracts tourists from Greece and Turkey. But the only Greek Orthodox(Halki) Seminary which is a part of the monastery stays closed by the Turkish Government. You may also visit the House of Ismet Inonu, the second president of the Turkish Republic, which serves as a museum now. 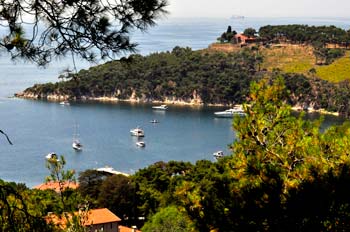 Burgazada was populated by the Greeks mostly and fishing was the main motive for the island for a long time. The island is famous for its beautiful view from the top, and its horses. The only place to be visited is the residence of the famous Turkish writer, Sait Faik Abasiyanik, where it is being kept as a museum now. The Burgazada island is unluckily known for the great fire that it suffered 20 years ago, which destroyed almost all of its forest area. 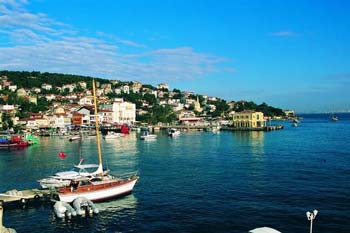 Kinaliada was mostly and still a summer vacation town and was mostly habited by the Armenians. It is the closest island to Istanbul. Proti was the island most used as a place of exile under the Byzantine Empire, the biggest personality for exile on this island was the emperor Romanos IV Diogenes in 1071. 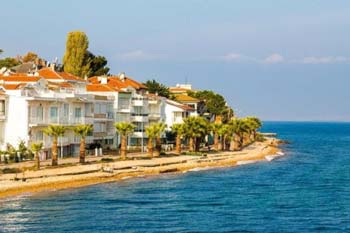 How To Get To Princes Islands of Istanbul

There are public ferries that do operate all year long from either theEuropean or the Asian side of Istanbul. The cruises are much more frequent in the summertime as the population of the Islands becomes more than 5 times in the winter. The busiest hubs are Eminonu and Kabatas from the European side. Kadikoy and Bostanci are the piers that the boats depart frequently from the Asian side. The main service provider is Sehir Hatlari, and they operate with big passenger boats. Also, there are cruise operators like Turyol, Dentur, or Mavi Marmara which generally offer services in the high season.

Despite Sehir Hatlari trips that stop on each island, the other operators sail to one or two of the islands, so it is always better to watch the stops of the journey before getting on. The trips last around one and a half hours from the European Side and about an hour from the Asian Side. The tickets are reasonable around 2-3 US Dollars per person changing through the companies.

You may also book guided tours to Princes Islands or get a private guide to take you, please contact us to the desired places on any island. These private tours could be organized by public boats or private yachts upon preference. You could consider combining a tour with a Bosphorus cruise if you have extended time. Do not hesitate to get in touch with our company to get further information about possible Princes Islands Day Tours, we will be more than happy to help.

All you need to know about Bosphorus Tours

Is a Helicopter Tour Available in Istanbul?

Why Should You Rent Private Yacht for Bosphorus Cruise?