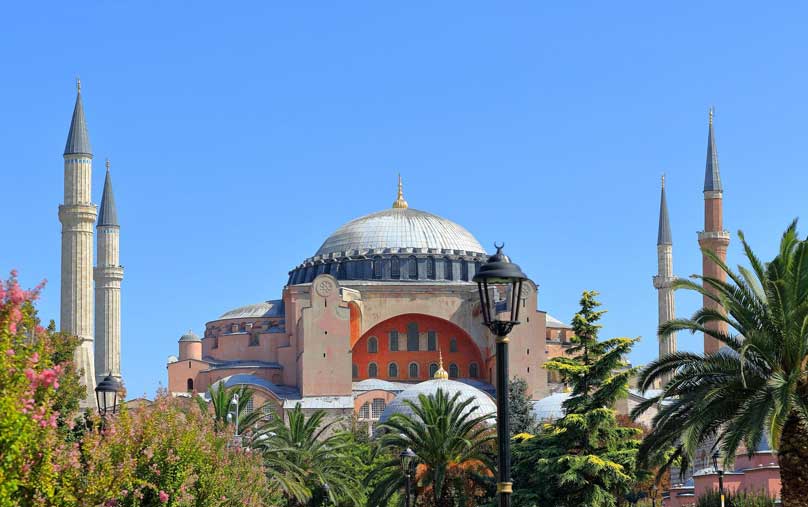 For the first time in nearly a century, thousands of Muslims took part in Friday prayers at Istanbul’s iconic Hagia Sophia.
The astonishing Hagia Sophia became a mosque again after serving as a museum since 1934. The 6th-century Byzantine cathedral, a part of Turkey’s long history, has been the most marvelous structure of the world for centuries.

Also known as the Church of the Holy Wisdom, Hagia Sophia was constructed back in 360 AD with the order of the Byzantine Empire. Today, it is one of the UNESCO World Heritage Sites in Turkey, which is a museum, however from now on it can be removed from the list. However, this is not the first change it has experienced since construction. The history of Hagia Sophia is an engrossing one. 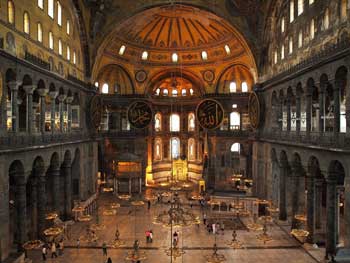 A Brief History of Hagia Sophia

The history of Hagia Sophia dates back to the third century. This incredible landmark went through numerous phases in the history of Byzantine, Ottoman, and modern-day Turkey. It began as a Christian church however destroyed once by rebellions and once by earthquake however stood still until it was taken over by young Sultan Mehmet II, who converted it into his imperial mosque as a symbol of power.

Much of the structure went through some changes in tune with Islam, on the other hand, it continued to resonate its grace and beauty with some original uncovered frescoes. A mihrab was installed on the walls that showed the direction of the holy city of Mecca and beautiful Arabic calligraphy adorned inside of the building. 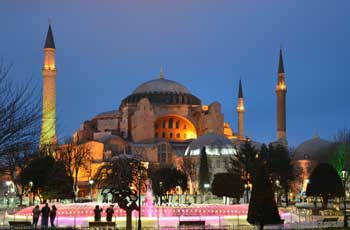 The Hagia Sophia was originally built as a basilica for the Greek Orthodox Christian Church. During the time Istanbul was Constantinople, the first structure used to have a wooden roof. However, the first structure was burnt down in 404 AD during rebellions, and it was rebuilt in 415 AD.

But as fate would have it, this too was demolished in 532 by fire during Emperor Justinian I, who ordered that a new basilica was to be built. Hence, the third basilica was built by renowned physician Isidoros and mathematician Antonios. 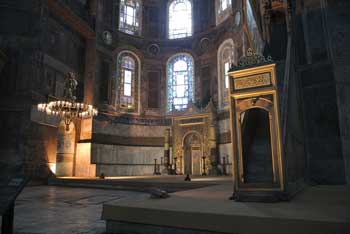 All this can change, as Muslim religious leaders of Turkey have been pushing for it to become a mosque once again since May 29, 2020. Verses of the Quran were readout inside the Hagia Sophia, commemorating the fall of the city to Ottoman Empire. Controversy on the fate of the building came to an end today and from now on Hagia Sophia will serve as a mosque however open for the visit of non-Muslim visitors. Other details are to be named later and will be announced by the Council of Ministers.

This is a controversial decision where Muslims are very happy with the decision is has been receiving criticism os the international community because, as a museum and UNESCO Heritage Site, it was seen as a monument to Istanbul’s multi-religious heritage.