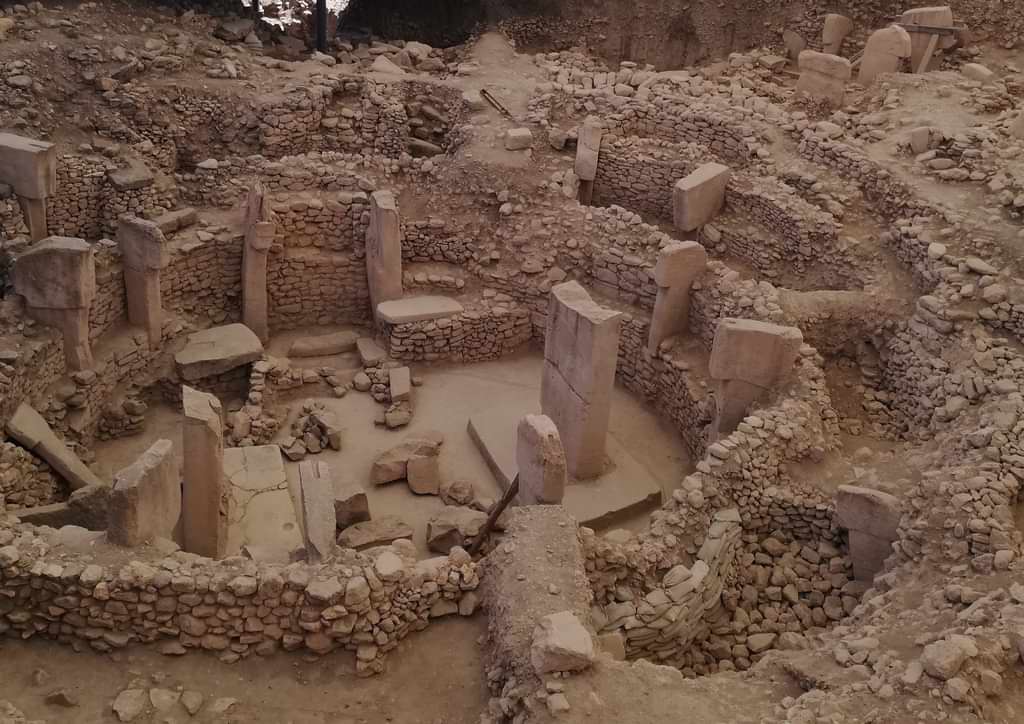 World’s Oldest Temple – Gobekli Tepe | Where and How to Visit

Why Gobeklitepe So Important

How To Visit Gobekli Tepe?

How far is Gobekli Tepe from Istanbul?

What to see in SanlıUrfa?

Where is Mount Nemrut located?

Is Gobekli Tepe near Mt Nemrut?

Gobekli Tepe ( Potbelly Hill ) deservedly became a major point of interest as the obvious facts that are found with the excavations literally changed the history of the human being. Regarding the widely acknowledged cognizance, the religions were the consequences of the agrarian society and settled population. However, with the discovery of the eldest temple in the World, it is well understood that there is no relation between the developments in economic or social sources.

From the very beginning, people used to seek and worship, even they worked hard and built temples to the land that they call sacred.

Gobeklitepe( belly hill in Turkish) is now accepted as the first temple built by human until today. Even before the foundation of Catalhoyuk village and presumed to be 6000 years older than Stonehenge. The site testifies to innovative building techniques, including T shaped stones and motifs of animals and daily life of people, with all these statues, monuments and icons the area dates back thousands of years. 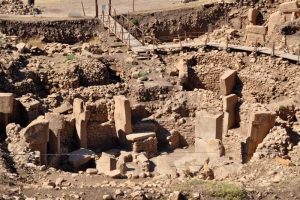 Gobeklitepe is located in the southeast, Sanliurfa, where is quite far from the popular touristic destinations in Turkey but in the Mesopotamia region where the ancient civilizations used to live throughout history.

So, this wasn’t surprising at all to host such an important monument in geography, as Dr Klaus Schmidt was pretty sure that what he had found was quite important for humanity. Before he passed away, he had had the idea that the temple was not standing on its own and there was a lot to be found in the surrounding.

With the ongoing excavations, from 1995, only 5% of the entire construction is on the ground and available for visits. The rest is still waiting for the archaeologists to be revealed. 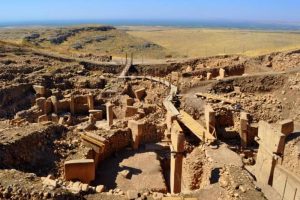 Why Göbeklitepe Is So Important?

The most important fact of the Gobeklitepe is, the entire structure was built for the temple, but there are no signs of a settlement nearby. This means that the temple was mostly visited for pilgrimage. The people were coming from different places just to show their respect to a form of God. The other interesting fact is the wild barley remains found in the lower slopes.

Scientists believe that in Mesopotamia, people used to farm for beer before they started to settle down and change their way of nutrition. They were still used to hunt and gather while they were building such a great complex. So this has reversed the acceptance that the idea of belief raised with the society, and it has inferior importance regarding the basic needs of a human being.

How To Visit Gobekli Tepe?

As stated in the previous paragraphs, Gobeklitepe is located in a southeastern city of Turkey, Sanliurfa where is not easily accessible from Istanbul. The best option, take a flight from Istanbul Airport or Sabiha Gokcen Airport to Adiyaman or Sanliurfa cities. Then you will need private transfers to these sites with your local tour guide. Most domestic flight companies operate regular flights to these cities and each flight takes around 2 hours.

How far is Gobekli Tepe from Istanbul?

There is a 950 km long distance between Istanbul and Göbekli Tepe Archaeological Site. This distance takes about 2 hours in flight, however it takes approximately 20 hours by car on the road. 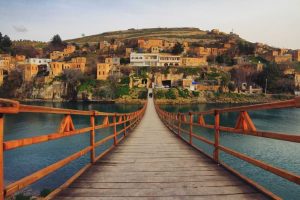 What to see in SanlıUrfa?

Also remember that if you have enough time, visiting Sanliurfa Town is also suggested as it’s a holy city both for Muslim and Christians as home of Prophet Abraham.

The lists will goes on like Harran Houses, Pool of Abraham, Kızılkoyun Necropolis, museums, churchs, historical buildings… But they are topics of another blog. 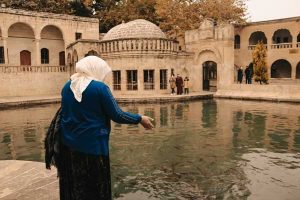 Once you go to Sanliurfa, You may also visit Mount Nemrut on the same day, it would be ideal to arrange the flights to make an appropriate program.**

Where is Mount Nemrut located?

Nemrut Mountain is home to a famous temple and collection of tombs built by King Antiochus I Theos of Commagene. In 62 BC, the King built on the mountain top a tomb-sanctuary flanked by huge statues 9 meter high of himself along with eagles, lions and some of Greek and Persian gods. By building a temple for all gods, he supposed to bring a long-lasting peace to his country, but his sorrowful family life shows that he was not so successful with it.

Today, this mountain is on the border of Adiyaman province in southeastern Turkey, which offers a swift peek into the history of the Middle East. 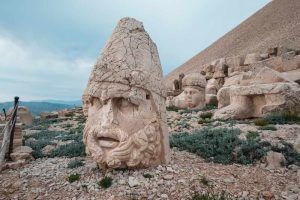 Is Gobekli Tepe near Mt Nemrut?

It takes about 3 hours by car from Gobeklitepe to Mt Nemrut approximately 190 km. Having a local tour guide is necessary as there will be multiple police traffic stops for security reasons.

As Guided Istanbul Tours, we will be eager to schedule a private tour to Gobeklitepe if desired. For further assistance, please contact our staff to help you plan your Private Gobeklitepe Tour.

**For guests who are interested in Mt. Nemrut tour from Istanbul , regular tours to the mountain are available between April to December. Except these months, tours are mostly not operated due to bad weather and extreme snow conditions.

Most Important Archaeological Sites in Turkey