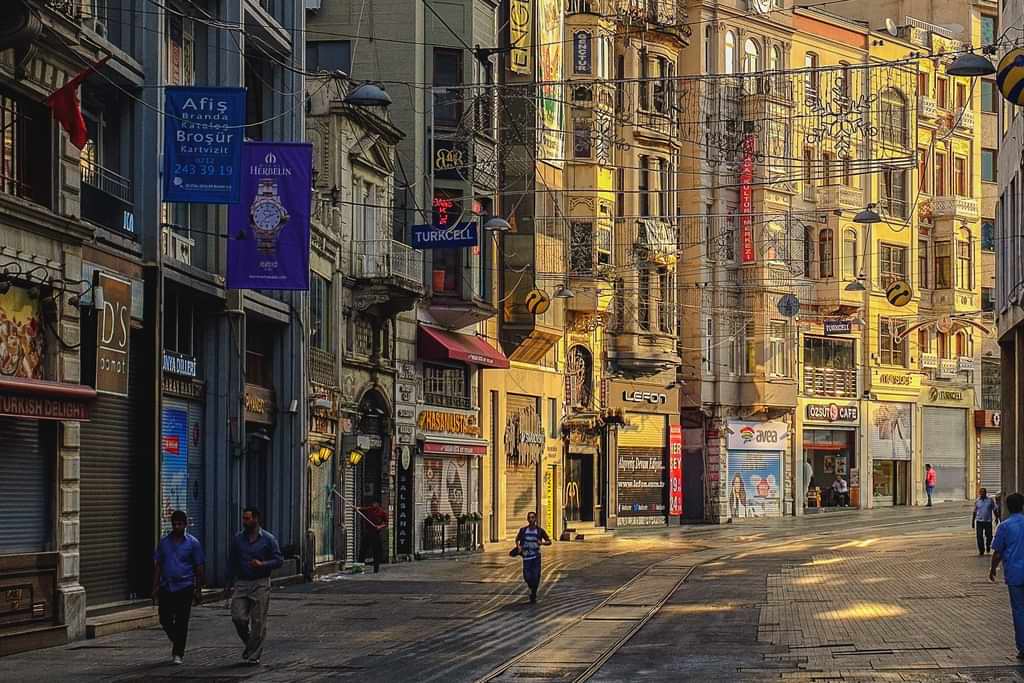 Where are the Backstreets of Istanbul

One of the most popular things to do in Istanbul is to get lost in the maze of ancient backstreets of Istanbul.

Istanbul City, once Constantinople, can be considered one of the most attractive, complex, historical and important cities in the world. Despite being in the crossfire of global conflict during a long part of its history, it’s still the most amazing city which has a lot to offer to its guests from all over the world.

From the Romans to the Arab tribes, from the Greek soldiers to the Ottoman armies, many people have tried their luck throughout history and only a few of them were able to make it. Today we can give you some tips to see hidden places in backstreest of Istanbul, which amazing city, to feel real persona of city that introduces you to Byzantine and Ottoman sitting on the same table. 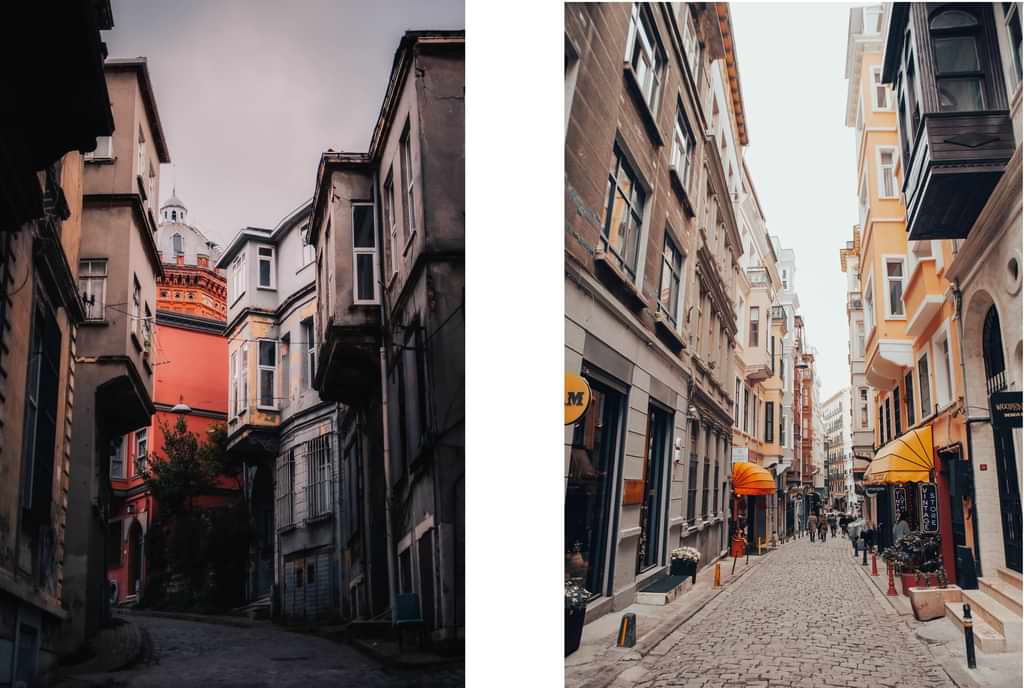 While imperial buildings in city are designed to arouse a sense of respect in both visitors and citizens, the true character of the city manifests itself in backstreets of Istanbul.

The winding streets of Istanbul‘s old residential areas are an eclectic mix of old and new, with charismatic cafes and stores hidden among traditional and often decadent two-story wooden houses. A fantastic way to explore the backstreets of Istanbul‘s would be to leave your hotel and follow the twists and turns of ancient streets.

Samatya is the Armenian District of modern Istanbul with an inextricable boundary to Koca Mustafa Pasa neighborhood. Samatya offers a great opportunity to see real Greek monasteries, Latin churches and Muslim mosques. It’s a unique experience that makes you feel like you’ve stepped back in time. Learning about Armenian history, customs and traditions and exploring backstreets of Istanbul through the history of its Armenian neighborhoods will show you a vibrant portrait of the city. 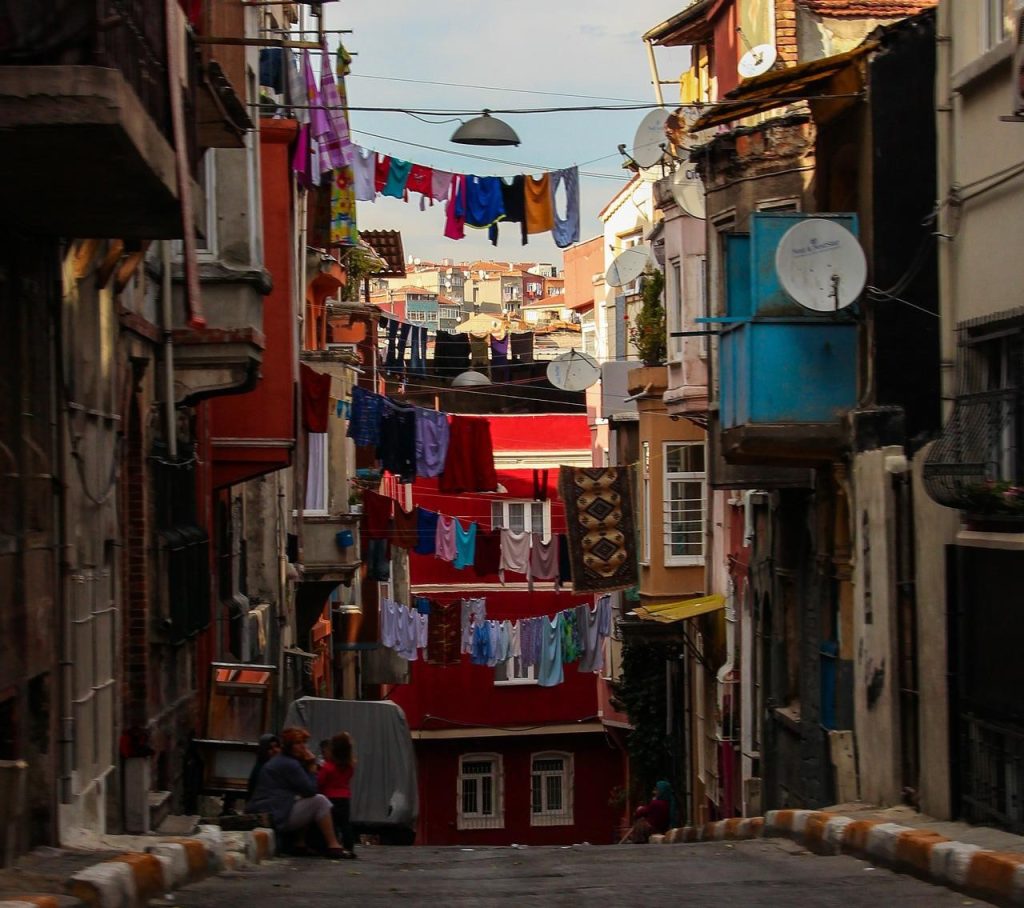 Surp Kevork (St. George) Church dates back from before Ottoman conquest. It is also known as Sulu Monastery. If you are lucky, you can see one of the largest fish markets and encounter the most colorful festival in the city. Despite its changing face at the speed of light today, you can still see the old backstreets of Istanbul within ancient Theodosian walls protecting the city.

Greek orthodox churches of Hristos Analipsis and Haghios Menas, Koca Mustafa Pasa Camii (foundations go back to 6th century, former Byzantine Church of St Andrew) and many other structures are still protecting Istanbul’s soul. Despite wild urbanization in the rest of Istanbul, you will step back in time and feel like a time traveler in these streets.

Eyupsultan is the oldest Ottoman District in Istanbul and is still seen as an indispensable part of the city, although it is located outside historical city walls.

Today the area is mostly known by peoples with long-standing Islamic shrine of Abu Ayoub-al Ensari (Eyup Sultan) a fellow of Prophet Muhammed. This area has a religious significance because of Eyub El Ensari, who was martyred during an attempt to conquer Istanbul.

You will see Ottoman Sultans tombs who are buried in these cemeteries that cover most of Eyup square. Also, it was a common tradition for locals to pay a visit to these tombs and have a blessing of people.

After you’ve come this far, you may get tired of visiting tombs and cemeteries. At this point, Pier Loti Hill gives you the opportunity to watch Golden Horn and historical peninsula while sipping your coffee. An important reminder, you can use a cable car (teleferik) to climb the hill, having an Istanbul kart is enough for it.

Sultanahmet is a key location of Turkey trips, especially if it is first-time in Istanbul and not business travel.

But, there is more to see in Sultanahmet region than is promoted on tour sites. Due to time limitations, Sultanahmet is generally classified in Istanbul tours with places like Hagia Sophia, Topkapi Palace, Blue Mosque.

Just break this classification and go to Akbıyık Street which is one of the most touristic backstreet of real Istanbul. Akbıyık is an old cobbled street with many cafés, pubs and modern hotels built in traditional Turkish style to preserve the region’s aesthetic appearance. 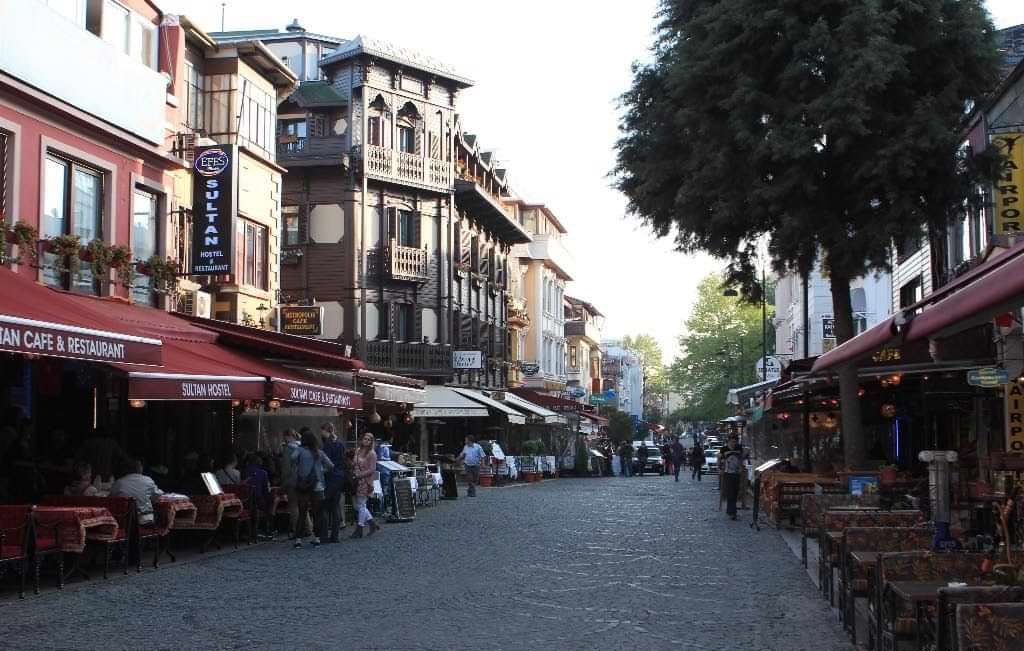 You will discover Istanbul’s oldest mosque, Akbıyık Mosque, on the way-end. Hidden on a street corner between Bosporus and Sultanahmet square, a small green Mosque with a single minaret. It has been a functioning mosque since 1464.

You can continue to discover backstreets of Istanbul to Cankurtaran Shore, which is a good place to see Marmara Sea. Or go back to Sultanahmet area, on old streets filled with colorful wooden and partially destroyed buildings. We advise Tavukhane Street and Kabasakal street, which also known Arasta Bazaar, to way-back, which are other unique backstreets of Sultanahmet.

With Peykhane Street, the road will reach Grand Bazaar, one of the oldest and largest covered bazaars in world.

The bazaar area has grown over the years, with hans built outside the covered part. This has created complex mazes of narrow twisting streets surrounding where you will definitely get lost. 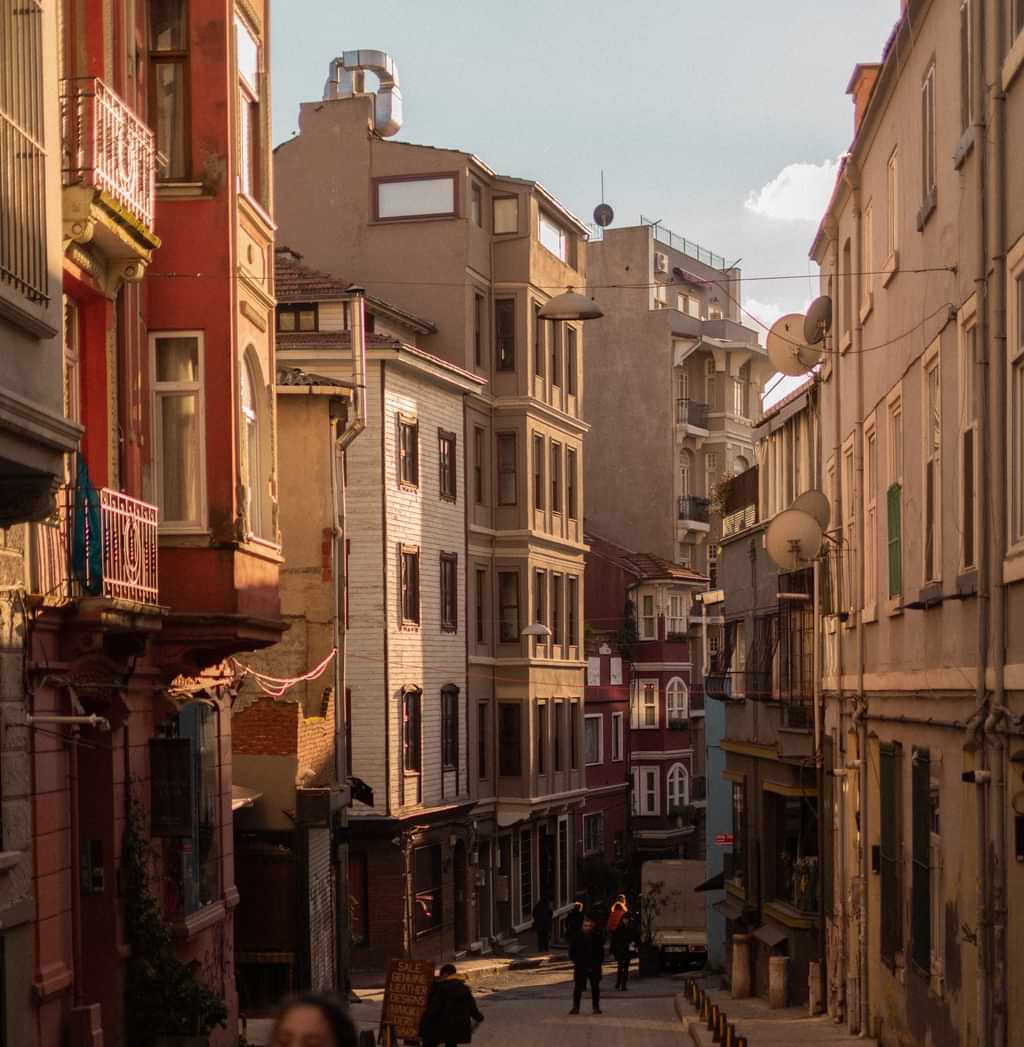 There you should see Buyuk Valide Han, which is the oldest han (inn) in Istanbul. It was built to store goods unloaded from ships that anchored on the Golden Horn and to provide living quarters for traveling merchants in the mid 16th century. It is famous for its roof that is a unique vantage point to get a magnificent view. Immerse yourself in the gradient of the road between stone buildings, hans and shops. There are two destinations in these backstreets of Istanbul; Spice Bazaar or Suleymaniye Mosque. Select one of them and enjoy.

Watch out for hours and crowds for your safety in all these locations. And don’t forget every shop is not tourist friendly, we know the backstreets of Istanbul have colorful shops to charm you.

You can contact us to get information about Private Tours and for more suggestions about your Istanbul trip. As Guided Istanbul Tours, we are always at your service.

Should I have a tour guide in Cappadocia?
What Is Must Not Do While Visiting Istanbul
The Best Restaurants Of Istanbul
Using Public Transportation in Istanbul